A Safe Place for Non-Huggers 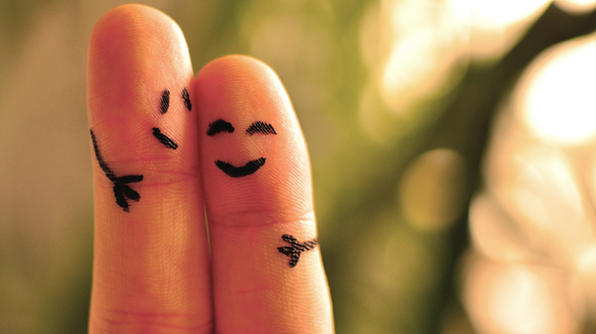 As the resident guest-services guy, one of my built in filters is watching for uncomfortable guest moments.  Every church has them.  Maybe it’s the Stick A Name Tag On The Guest But Nobody Else moment or the Guests Remain Seated While Members Hover Awkwardly Over You moment.  Today, we focus on the Forced Hug moment.

In my growing up experience, my church loved Forced Hugs.  We even had Hug Quotas.  Often at the end of the service, our pastor would tell us to hug five people before we left, which was the church version of choosing kickball teams on the playground.  All of the gangly seventh grade boys would be lining up to hug the cheerleader with the really cool braces, secretly hoping not only to get a hug, but to later be able to greet her with a holy kiss.

Meanwhile, somewhere on the other side of the auditorium there was the deacon who always had the faint smell of Saturday night’s lasagna who was thinking about moving his membership to First Baptist because he’d been standing there for two and a half minutes and doggone it nobody had hugged him.  Even a novice math student could figure that with 200 people multiplied by five hugs each…there ought to have been enough for the sad deacon who reeked of ricotta.  That’s why Hug Quotas have now been banned in the by-laws of many churches.

But unfortunately, Forced Hugs remain.  Forced Hugs can happen at any point in the service, but most often happen right after the opening announcements or just after the benediction.  The worship pastor or the senior pastor are the two primary offenders.  The worship pastor utilizes Forced Hugs as a stalling device, so he can remind the organist that he’s ditched the choir special (“Family of God”) and replaced it with his daughter singing “El Shaddai.”  At the end of the service, the senior pastor would usually implement the Forced Hug tactic or its sinister cousin, the Reach Across The Aisle And Take Somebody’s Hand.

In this day of rampant hand sanitizer use and personal space issues, the Forced Hug is still an issue to be reckoned with.  Nothing says koinonia like knowing that you’re being hugged because the pastor is on stage keeping a tally.  That’s why I was so gratified to see one of our guest feedback cards yesterday.  On it, under the “This is what I liked best” question, the guest wrote: “preachers sermon / that I was not asked to hug strangers.”