In case you are a chronic absentee and have “just happened” to miss all four of those Sundays (hello, beach house owners!), the object in question is one of my favorite birthday gifts ever, my Jesus ash tray.

Not everybody can pull off a Jesus ash tray, you understand.  It takes a special person to combine the fundamentalist finger-wagging with irreverent tongue in cheek humor.  Sanctified sarcasm, you might say.  I would argue that one look at my Jerry Falwell bobblehead sitting across the room, and you’ll just get the humor of the ash tray.  (I could be wrong.)

Nevertheless, the ash tray sits in my office, and it’s a frequent illustrative guest with our pastor.  But again on Sunday, I realized that you just can’t get the full appreciation of the ash tray without actually seeing it.  So now, for the first time in public, I give you the Jesus Ash Tray: 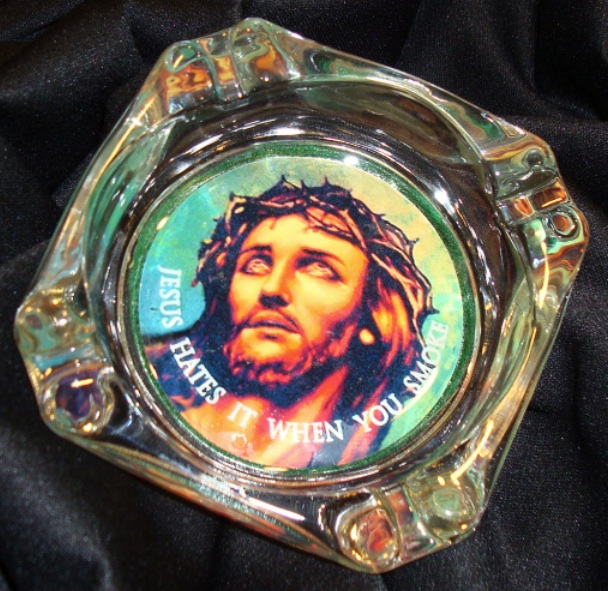 You can click to enlarge, or just trust me when I tell you it says, “Jesus hates it when you smoke.”