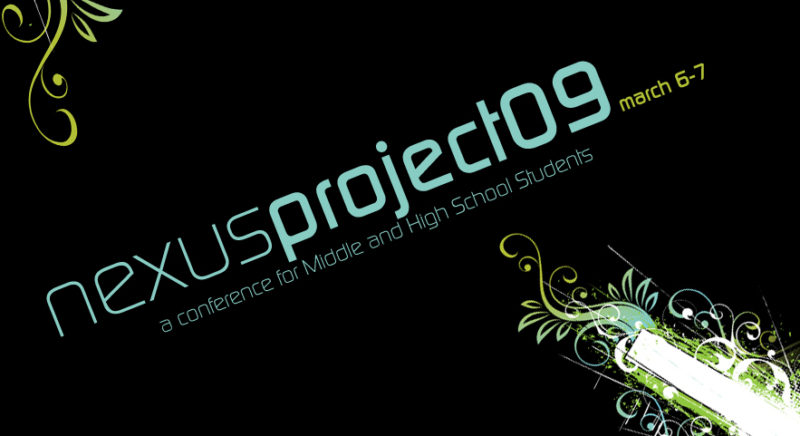 I’m a big fan of student ministry, especially since I survived it.

As a recovering Student Pastor, I can speak with some authority on the mind of that animal.  They measure time not by the calendar, but in weeks left for sign up for summer camp.  They own more t-shirts with retreat logos than any other article of clothing.  They can always find a use for a wading pool full of Jell-O.  They consistently find ways to get in trouble with the senior adults, such as transforming the combination youth room / once a month Sunshine Senior room into a 60’s-style coffeehouse, complete with Christmas lights on the ceiling and a cappuccino machine next to the stack of Baptist hymnals (not that I would know anything about that last one).

But I heart student ministry.  And I especially heart the Summit’s student ministry.  We have an absolute stellar cast of characters who lead out in student ministry.  If that ministry were a movie, it would be one of those that starred Tom Hanks and Reese Witherspoon and had frequent cameo appearances by James Earl Jones, Bob Newhart, and that British dude who played Ebeneezer Scrooge in A Muppet Christmas Carol.

Editor’s note: Don’t worry.  I don’t know what that analogy means, either.

The point is, Summit Student Ministry has got it going on.  As an outsider looking in, I can remain pride-free in telling you that Summit Students has become a go-to place for resources, leadership, and think-tank ideas.  Jason Gaston may be a duck hunter by day, but he’s a cracker jack teenage culture guru by night, and people flock to his blog to find out what’s going on in that metrorednexual head of his.

If you’re a Summit parent or a student pastor who just happened across this post, you need to check out The Nexus Project, coming up March 6-7.  They’re bringing in the biggies like Clayton King (we’ve known him since he spelled his name Clatyon), Carl Cartee, and some other guy you’ve never heard of. Breakout sessions will be led by some top-notch individuals (with the exception of yours truly, who still can’t figure out why he was given his particular topic).

Nexus is open to all churches, and the student team has done the heavy lifting of helping you find lodging and free time options.  Right now, over 100 students from churches outside the Summit have signed up, and there’s still room for you.

Check it out today at www.nexusprojectrdu.com, and while you’re at it, ask Jason how the duck hunting is going: www.jasongaston.com.