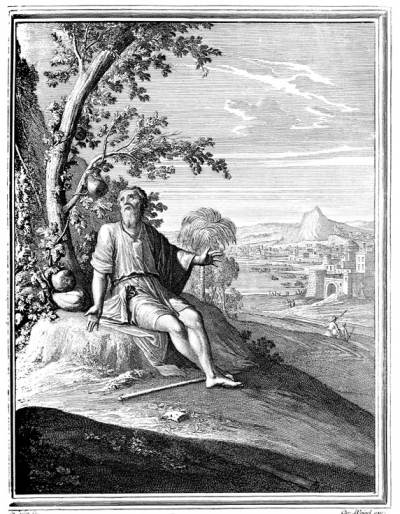 Saturday night we arrived home after a long day of church stuff, kids’ friends’ birthday parties, and a cook out with our small group.  As I pulled into the driveway it was entirely evident that the yard mowing fairy had shown up while we were gone.  A quick backwards inventory of my brain revealed that as we were leaving earlier in the day, our neighbor’s 18 year old granddaughter was taking a spin on the John Deere next door, so the assumption was that she had been gracious enough to hit our yard while she was at it.

Now would be a good time to mention that she drives a lawnmower like you might expect an 18 year old to: fast and low.  Lowest blade level, fastest speed, leaving ruts and bare spots and missing entire patches and making it look like the drunken monkey had returned.

I should also mention that ever since we’ve lived in our house, the cable that runs from our satellite dish out in the yard has never been buried.  It seems as though the male homeowner has had – ahem – better things to do for the past six years.  That cable is entirely visible to the homeowners / primary yard mowers, but obviously not so much to the 18 year old substitute yard mower, which is why there was no signal on the TV and about six pieces of shredded cable in the yard.

And the invisible fence for the dog – which apparently lives up to its name – was cut in roughly 82 bajillion pieces.  Not that I counted.

That’s the even less-good news.

So picture it: it’s Saturday night, 10 PM.  I’m sitting in my bedroom on the phone, listening to horrible on-hold music as I wait for the people from Dish Network to stop fixing other people’s problems so they can fix mine, and I have the cartoony fume lines coming out of my head at a rather rapid pace, and I am muttering Yosemite Sam style cuss words under my breath (“Bracken frackin racken varmits…”), and I am absolutely furious that I was the recipient of a random good deed, and…and…and…

Out of nowhere, I was reminded of the story of Jonah, where he pouted on a hillside because God had mercy on the Ninevites.  If you remember the story, God told Jonah to preach to the Ninevites and warn them of pending doom and judgment.  He did, they repented, and God saved them.  And then our hero poked out his lip as realized there would be no fireworks show because God relented of his wrath.

As the Muzak version of “Benny and the Jets” played on, God reminded me of how earlier in the day I was muttering that I would never have time to get to the yard this week.  He reminded me that the TV would have just been a diversion to a very full task list over the next couple of days.  He reminded me that I have the satellite coverage plan thingy and so the repair would cost me nothing.  He reminded me that fixing the invisible fence was a pretty easy deal and I could do it in under an hour.  Most of all, he reminded me that our Good Samaritan is most definitely an unbeliever, and this was an opportunity to build a relationship and share the gospel with her (which began to play out the next night, by the way).

And just like Jonah, I realized that I had eclipsed God’s goodness with my misery.

Got any Jonah moments in your life?  Are you more prone to pout than to proclaim God’s goodness?  Do you focus on the acid bath that is your world rather than the redemptive mission that God has called you to?  Maybe, like me, you need to suck up your agenda, align yourself with God’s, repent of your silly anger and bitterness issues, and look for what God’s doing around you.

And maybe…just maybe…you can explain to me what the heck Elton John is talking about, because B-B-B-Benny and the Jets makes no sense.