So about this time last year, Pastor J.D. was invited to speak at a gathering of church planters from all over Europe.  Being the kind soul he is (and willing to pick up on some heavy hints from yours truly) he invited me to come along and bring a team to serve and love on said church planters during their annual conference.  Last week, I joined fourteen other folks from the Summit in taking a little RDU love to the Mediterranean.  We partnered with churches from all over the U.S. to run everything from childcare to Vacation Bible School to medical clinics to family photography sessions to worship events, and it was awesome.

Our first couple of days were spent touring Athens and Corinth before getting to work.  (The idea was that we wanted to give our worst days to jet lag and our best days to the people we were serving.)  Because of some travel glitches, my wife and my mother-in-law were late arriving to Athens; and because of some currency exchange glitches, I didn’t get to tour the very-cool Acropolis with the rest of my team.  Here’s a picture of me all by myself in front of the Parthenon: 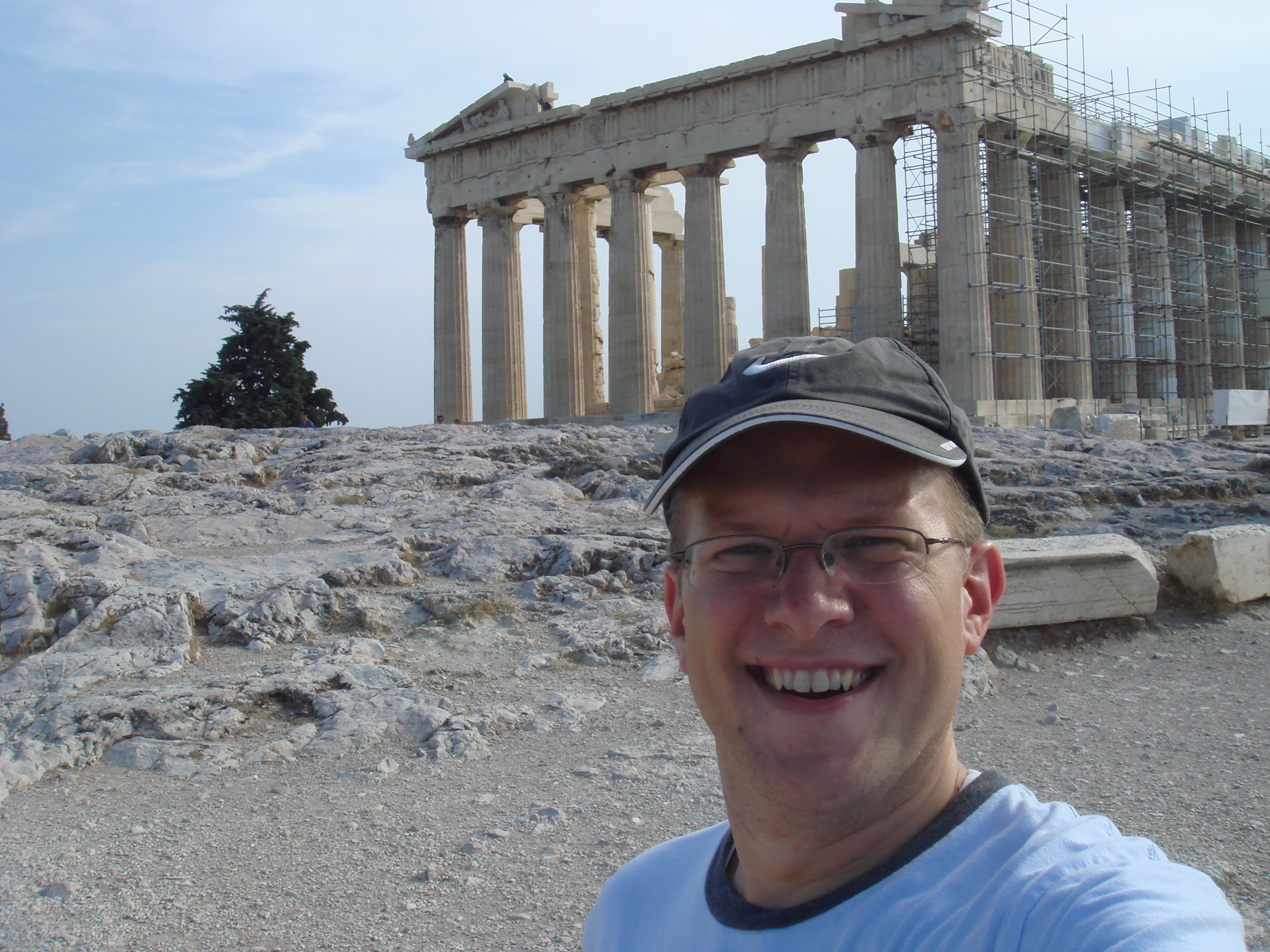 By the way, nobody ever tells you that the Parthenon sits about 42 miles above sea level.  And the steps go straight up.  And there’s nowhere to buy water.  And there’s no elevator.

Cradle of civilization, my foot.

On that first night in Athens, we ate unidentified meat at a sidewalk cafe.  But it was good unidentified meat.  At that point most of us hadn’t eaten in 14 hours, so we would have eaten the meat straight off of whatever animal it was…while the animal was still walking…and it would have been good.

Day two was spent in Corinth.  (Which is where the Corinthians lived.)  (Who were people in the Bible.)  Here’s a picture of me and my bride in front of some old rocks: 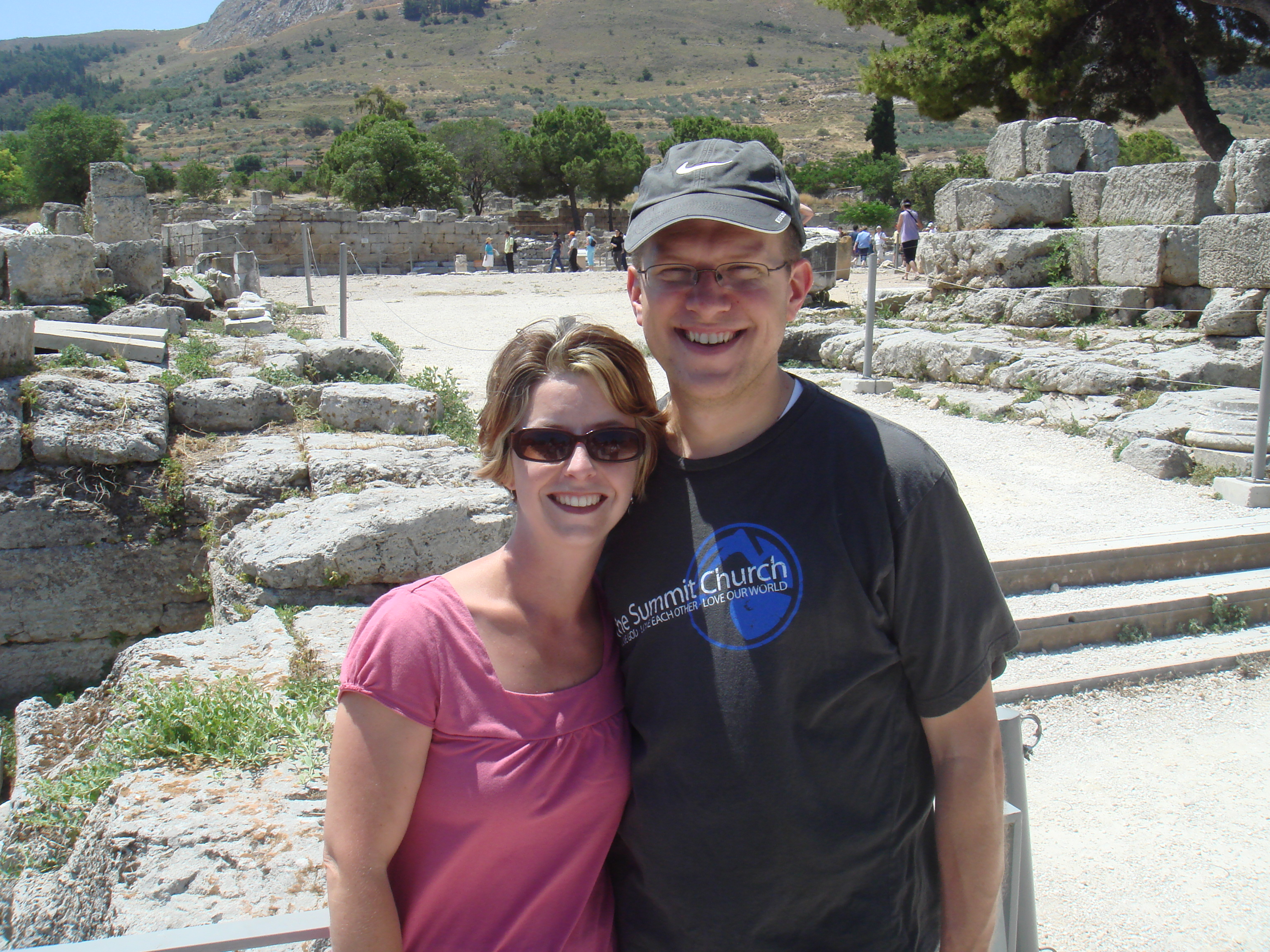 Greece is full of old rocks, all of which supposedly have historical value.  Tour guides could often be heard saying things like:

“Eef you look to your right you weel see very historical place that has much value to our contree.  On thees playce in long time ago, the foundation of democracee was eenvented.”

No, I don’t know why their accent came across so strong in that paragraph, it just did.  But we were able to see many historical sites, including:

Coming tomorrow: arrival at the dumpy camp for the week.  Which also happened to be a beach-side resort.