Grace At The Altar 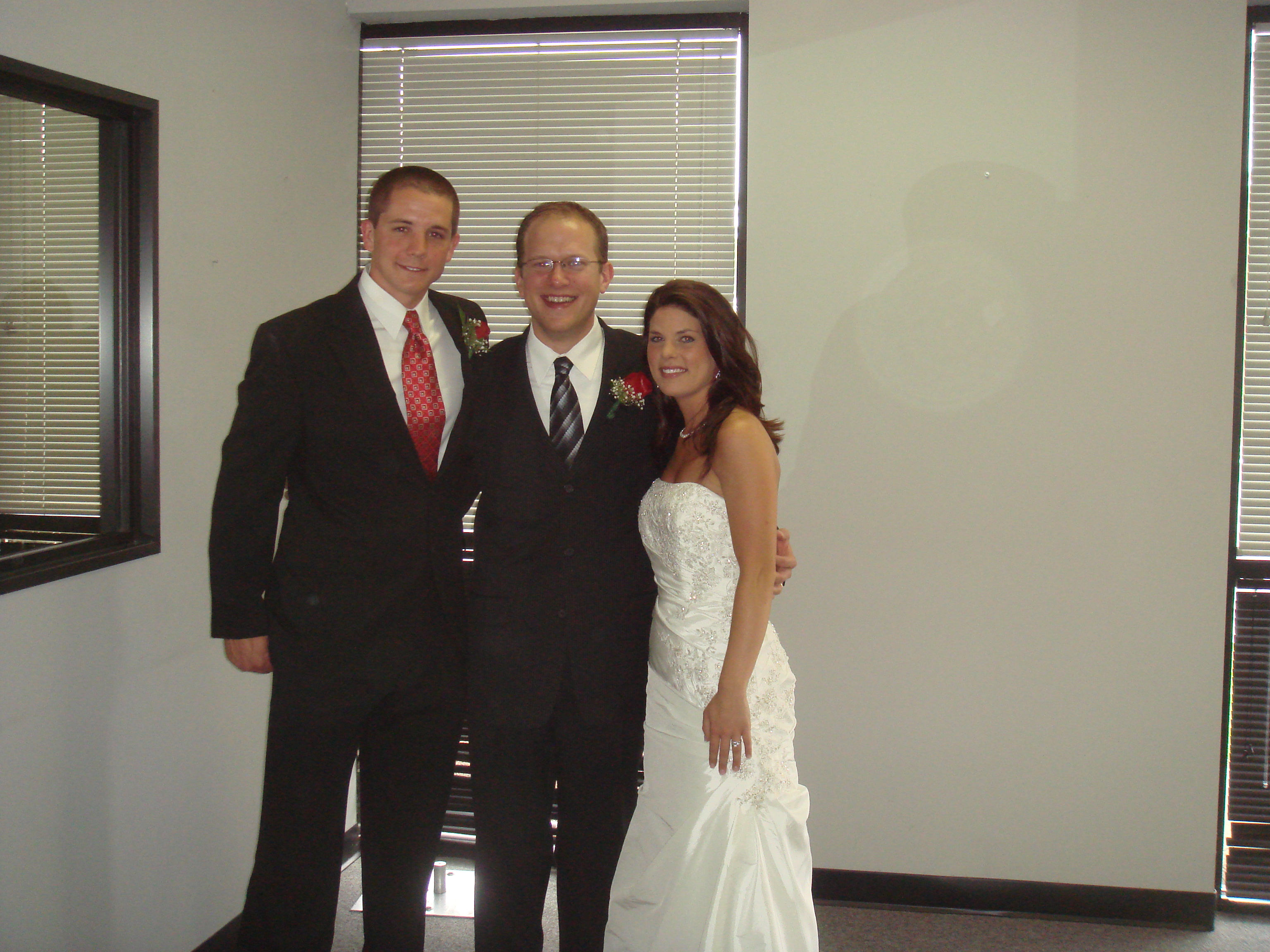 Earlier this morning I had the incredible privilege of officiating the wedding of my friends Mike Jobe & Kristen Sharpe.  That’s right, a Friday morning, 11 AM wedding.  Hey, there’s a first time for everything.

I first met Mike & Kristen over a year ago when they started attending the Summit, but really got to know them this past spring when they were finishing up the Starting Point process.  Their story is an amazing one, and I share it here with their permission, because you need to hear it.

When M & K first started attending the Summit, they were living together.  As they sat through worship services, checked out Starting Point, and got involved in friendships, Jesus became real to them and they realized that the lifestyle that they were living wasn’t compatible with God’s desire for their lives.  Because of a couple of key people they met at Starting Point and the conversations that ensued, Mike & Kristen made the very painful decision to move out and put their physical relationship on hold until the wedding.

That decision caused a ripple effect throughout their friends and family circles.  In short, it made no sense.  Here you have a couple who are obviously compatible, who are getting married anyway, and who are just months away from a ceremony.

Financially, it was irresponsible.

Relationally, it was dangerous.

Socially, it was suicide.

People questioned them, people made fun of them, and people were trying to figure out why in the world they drank the Kool Aid and hitched their wagon to the cult known as Christianity.

But Mike & Kristen plodded on.  Did they make mistakes?  Sure.  Did they stumble along the way?  They’d be honest enough to tell you “yes.”  But throughout the last three months, they were more concerned about reflecting the glory of their God than fulfilling their own desires or doing what made sense to the world around them.

This is a statement that Mike & Kristen wrote and asked me to read in their ceremony:

“Over the past few months we have grown in ways we have never imagined possible.  By the grace of God and the love of Christ we have come to find peace and happiness in our daily lives.  We went through struggles and even failures at times, but have gained an incredible amount of patience through the ups and downs.  Our main focus has remained on Christ no matter how rocky the road may have been.  If we could show any one of you what Christ has done and continues to do for us, it would be in this one simple and meaningful scripture: ‘A cord of three strands is not easily broken.’ (Ecclesiastes 4:12).  Our lives together now will lean solely on that truth.  I guess you could say that the greatest thing we found out through this whole process was how much more we love God than we love each other.”

Summit peeps, that’s the culture we want to build here.  Mike & Kristen found grace in Jesus, and grace through his people.  They weren’t judged or shamed, just exposed to the life-changing truth of the scripture.  In March, the light came on.  In April, they were baptized and joined the Summit.  And today, they became husband and wife.  Take a minute (right now!) and pray that God will bless their new marriage and help them build that cord of three strands!