Not totally sure what this says about what goes on in a Campus Pastor’s house, but I’m pretty sure some sort of counseling is going to be necessary. The following is a picture / story that my seven year old drew at school: 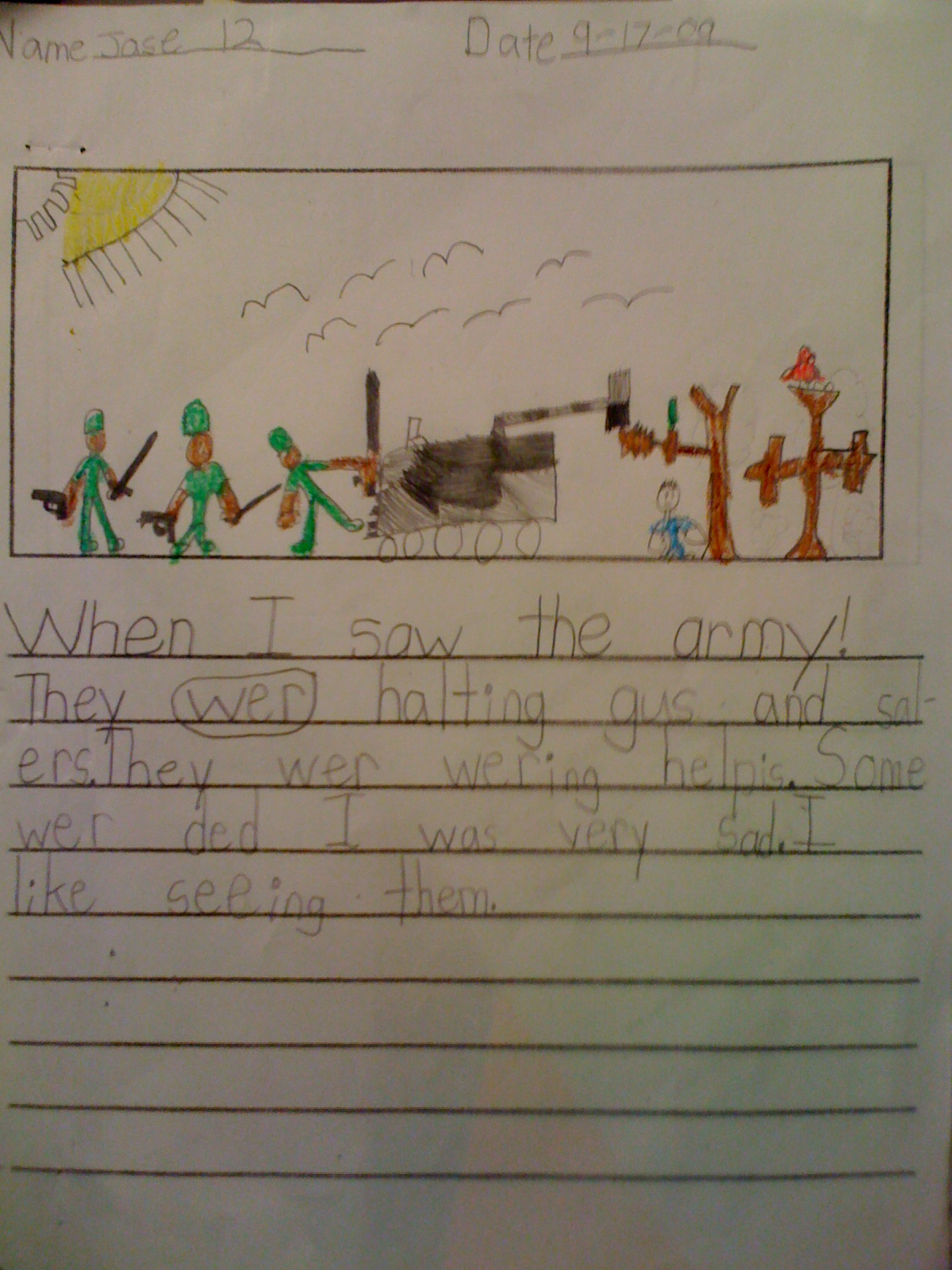 In case you can’t make out the story, I’ll translate:

When I saw the army!  They were holding guns and soldiers.  They were wearing helmets.  Some were dead.  I was very sad.  I like seeing them.

For the record, my seven year old has never seen dead soldiers.  My older two did get their hands on a bootleg copy of Saving Private Ryan when they were seven-ish, but that’s another story and their therapy is going just fine, thank you.