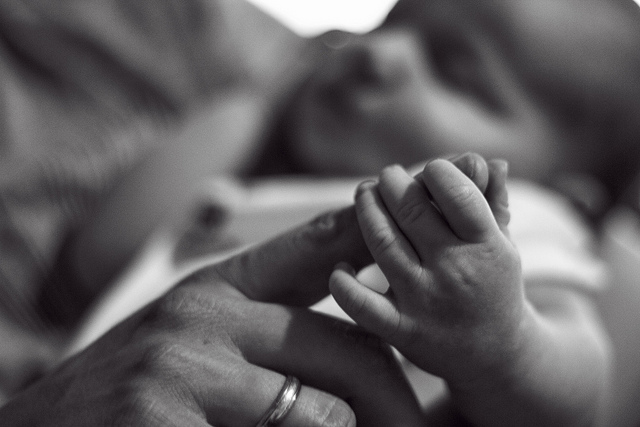 Yesterday I experienced what can only be described as a holy moment.

I had the opportunity to participate in a dedication service at a local hospital as two families met to complete a long-awaited open adoption process. The birth mother: a teenage girl who has been attending our church for the last few months. The adoptive parents: a young pastor and his wife who were welcoming their second adopted child into their home.

As we stood in the hospital room, it was obvious that it was filled with a range of emotions:

My new friend Kim – who with her husband Mike has ministered to so many pregnant girls in their home – said it best: “There’s a huge difference between giving up a child and handing over a child.” Handing over still isn’t easy, to be sure. But it’s intentional. It’s sacrificial.