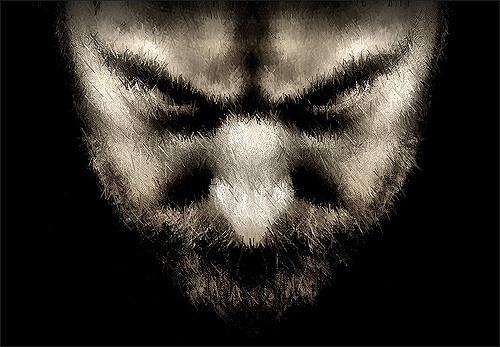 When you serve as a volunteer in the church world, dysfunction is a part of the job. It’s not 24-7 sunshine and daisies, people don’t always rise up to call you blessed, And chipmunks don’t line up in formation and hold up “Jesus thinks you’re awesome” signs as you drive to volunteer position.

(For some reason, I always thought the chipmunks were just a given.)

Nope, sometimes quite the opposite is true. When you minister to broken people, sometimes you get cut by the shards of their life. That happens occasionally with our First Impressions team. We have 120 people or so who serve on that team at our Brier Creek Campus, giving their time every week to pick up trash, wipe down restrooms, find empty seats, pour coffee, and park cars. And yet, people will come to worship expecting not to be served like an honored guest, but a dictatorial king.

Thankfully, the volunteers on our teams are rock stars, and they understand that the best service is gospel-centered service. We serve out of the overflow of what Jesus has done for us, not in an expectation of how others will respond.

Jason is one of our team leaders that sent this note out to his seating team a couple of Sundays back. I’ve edited only slightly for clarity:

I wanted to send a note out to the team and encourage us about something that happened this morning because we will probably all have something like this happen to us if we continue to serve by interacting with people (which we should).

This morning, a man and his family came into the [Brier Creek North] venue while the worship team was still up, we had about 20 seats available in the back-center section, so we hadn’t taken the curtains down [that we use to block off seats in the back of a not-quite-full auditorium].  When I directed them to those seats, the man grimaced, shook his head, and took his family out to the lobby.  I was caught a bit off-guard, and as I was thinking about what to do, a small wave of people came in, prompting us to take the curtains down.  After the wave passed, I motioned to the man to come on in.  As he passed, he looked at me and muttered something.  I couldn’t quite understand him, but based on the look of disgust on his face, I figured it was probably not good.  When he passed Pauline, he very explicitly gave her some instructions on how to better do our jobs, and wasn’t very kind about it!

So I’ve personally had a bunch of different emotions/responses to this:  indignation (hey, we’re doing the best we can, why don’t you try this job and see if you are perfect, buster!), retaliatory thoughts (sir, maybe you should show up on time if you don’t want to sit at the back), and other witty responses to “put that guy in his place”.  Pauline and I even had some half-joking/half-serious conversation after the service.

But all of that would be against what we’re really trying to do as part of this team:  show people the Gospel.  Colossians 3 has some great guidance, and I’ll point to a passage there that tells us how we should interact with each other:

12  Put on then, as God’s chosen ones, holy and beloved, compassionate hearts, kindness, humility, meekness, and patience, 13  bearing with one another and, if one has a complaint against another, forgiving each other; as the Lord has forgiven you, so you also must forgive. 14 And above all these put on love, which binds everything together in perfect harmony. 15 And let the peace of Christ rule in your hearts, to which indeed you were called in one body. And be thankful. – Col 3:12-15 (ESV)

We’ve been forgiven much, haven’t we?  Even today, God will forgive me of my lack of humility while I was thinking about that man’s response to us.  I could put on my self-righteous hat and print that text out and hand it to that man next Sunday, but if God did that for all of the things He’s forgiven me, it would be quite embarrassing.  God has mercifully spared me from so many of the consequences of my sins and mistakes!

So let’s pray for each other this week.  Pray that we will forgive and love much because of how much of those things we’ve received from God in Christ.

Thank God for guest service champions like Jason, Pauline, and the hundreds of others that serve at all of our campuses. Thank God that they understand the gospel, even when those they serve do not. And thank God that through their service and sacrifice, this gentleman might see not only their kindness, but the kindness of the cross.