Adventures in Missing the Point

Franks Family Vacation 2011 is nearing the end. For the last few days we’ve been hanging out in Colorado (state motto: Our Mountains Are More Mountainous Than Tennessee’s Mountains) with Merriem’s brother and his family, as well as our peeps from Summit Denver (church motto: We’re Way More Autonomous Than Our Name Implies). It has been a week of cognitive relaxation, relational rejuvenation, and parental infuriation.

The Rocky Mountain Tour happened last Wednesday. Or Thursday. Or April. I’m not sure when it was, since I’ve checked neither watch nor calendar since I’ve been here. We loaded up two cars full of Franks & Murphys (family motto: We’re Not a Shoe Store) to wind our way through the back 40 of God’s creation. It was a day of amazing sights and sounds, not the least of which was the sound of my wife screeching “OH SWEET MERCY SLOW DOWN YOU’RE ABOUT TO CAREEN OVER THE EDGE AND KILL US ALL!”

Somewhere around Mountain #712 I realized that my parental admonishments of “Whoa…Jase, wouldya look at that!” were going unheeded. You see, all the kids were split up amongst the cars, and we had two of the younger ones…a couple of cousins who spent the day buried in their iWiiCubeBoyStations or whatever they’re called, trying to make it to Island #7 on Tiny Wings (motto: Not Quite As Addictive As Angry Birds).

There we were, surrounded by some of the most majestic scenery that I’ve ever experienced, and my nine year old is playing video games. (I’m pretty sure I heard a whine of “booooooorrrrrrrinnnnng” escape his sinful little lips at one point.) We were driving past moosen and prairie dogs and elk…um…caribou…um…I have no  idea what those things were, and he missed it. We were eight-flippin-thousand feet above sea level with nary a guard rail in sight, and he missed it. We saw waterfalls and snowdrifts and rockslides, and he missed it. We were traversing the same exact path that Lewis and Clark traversed way back when they settled the west by paying a $20 per buggy park entrance fee, and he missed it.

The very thing that captured my attention escaped his. I was reminded of C.S. Lewis’ famous quote, “It would seem that Our Lord finds our desires not too strong, but too weak. We are half-hearted creatures, fooling about with drink and sex and ambition when infinite joy is offered us, like an ignorant child who wants to go on making mud pies in a slum because he cannot imagine what is meant by the offer of a holiday at the sea. We are far too easily pleased.”

As much as I’d like to chide my child, I see too much of myself in him. Rather than view the wonder of the world through his eyes, I want him to adapt to my own fascinations. Rather than participate in God’s glorious work in another person’s life, I want to stick to my schedule and remain uninvolved. Rather than immersing myself in my Creator’s plans, I want to wade through my own agenda. 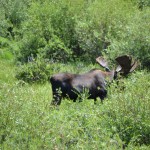 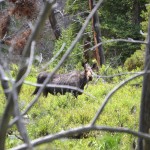 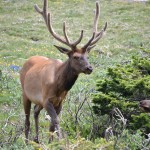 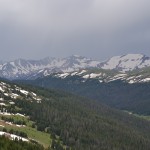 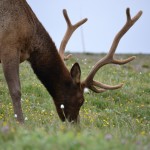