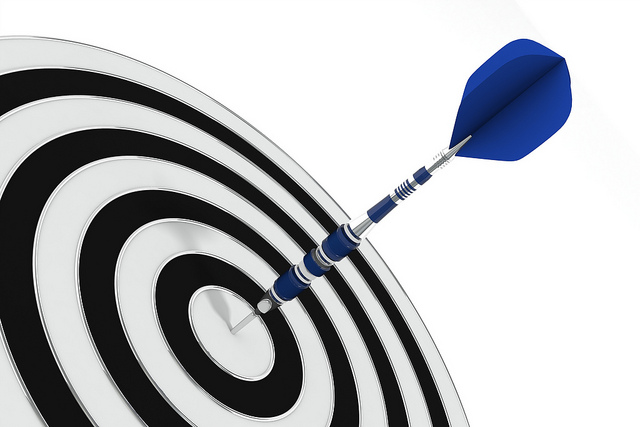 I just wrapped up a phone call with an old friend who is a pastor in another state. He’s serving at a new church, maneuvering new challenges, and trying to figure out the age-old question for ministry leaders: Where to from here?

Their church is at a crossroads: it sits in the middle of a professional, upwardly-mobile, progressive community, but uses largely traditional methodology. They have a desire to reach their neighbors, but don’t have the infrastructure in place to do so. Many of their ministries don’t rise to the quality that the business professionals surrounding them would expect. Their pets’ HEADS ARE FALLING OFF! (Sorry. Couldn’t resist.)

One of the questions that came from our conversation was, “Who should we target?” Whenever someone asks that question, I immediately think about the demographics of a middle-class family where the parents are 34 years old, college educated, with 2.5 kids and a golden retriever. (That’s who I would target, anyway,  because I’ve always wanted to see a half a kid.)

But the “who should we target?” question has always seemed to backfire whenever I see it play out. I think a better question is not one of target but one of identity. It’s not “who are we going after?” but “who are we? Right now: what’s our identity? What’s our mindset?”

The mindset question changes everything. At our church we’ve had college kids visit who should like the music…but they don’t. We’ve had senior adults who shouldn’t like us nagging them about being in a non-traditional small group…but they do. And that mindset gives us not a homogenous audience who all look and think and dress the same, but a diverse crowd of ages, races, and backgrounds who are all rallying together around a common mission.

All of that came – I think – as a result of us figuring out who we are as a church. Gospel-centered? Yes. Church of small groups rather than a church with small groups? Okay. Missionally focused, not just with cash but with involvement and ongoing relationship? You bet.

Picking a target audience often causes you to change inauthentically to someone you’re not. And hear me: I do believe that lots of churches should change. But we should never change to reach a demographic, we should change because of the vision and mission that God is writing on our hearts.

That’s my two cents after an early morning phone call without so much as a second cup of coffee in me. On target? Off base? Just wanna argue? Comment below.