Adventures in the ER 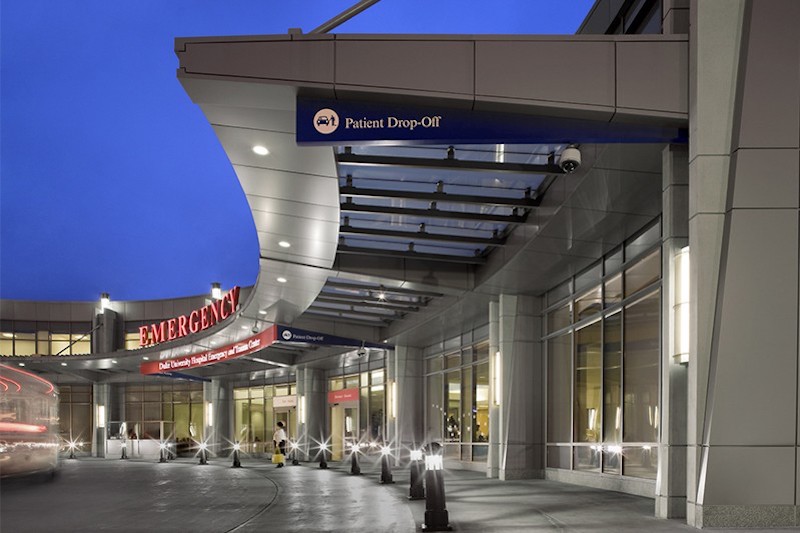 Last night Merriem and I added item #420 to our We-Didn’t-Really-Want-To-Do-This-As-A-Parent Bucket List. We took child number four to our friendly neighborhood emergency room.

As you may know, child number four is two years old and what we like to call “strong willed.” We also like to call her STOP THAT, PLEASE DON’T DO THAT, STOP SHRIEKING ABOUT THAT, WHY DID YOU JUST EAT THAT, etc. At dinner time, Haven (who apparently doesn’t like the concept of freshly-made waffles for supper) kicked herself back from the table with such force that her chair launched into orbit and she smacked the back of her head on the hardwood floor. I have to tell you that it was an impressive kick. If it hadn’t been accompanied by such wailing, I fully expected [insert the name of your favorite college football coach here] to show up and sign her on for a four-year scholarship.

Daddy sprang into action, primarily by scooping up the princess and speaking soothing words into her ear while trying to figure out how to keep my freshly-made waffle hot and fit for human consumption. But then Daddy’s bride got into the action, and said HAVE YOU FELT THIS KNOT ON THE BACK OF HER HEAD which of course I hadn’t, because that waffle butter wasn’t going to melt itself.

But it was a big knot. A cartoon-style, raise-up-off-the-top-of-your-skull, little-cartoon-birdies-flying-in-circles-around-the-knot knot (we found out later it was 3 centimeters plus, but since I don’t understand metrics I can only assume that’s a big deal), so off we went to the Emergency Room in the section of our city known as Duke. If you’re not familiar with Durham, Duke University / Medical Center / Medieval Gothic Emporium inhabits roughly 978 square miles of the town. It is to Durham what Disney World is to Orlando, only with more gargoyles.

I can’t say enough nice things about Duke ER. The entire staff there is a delight to deal with. Every time we go there (see paragraph 1, above) we are treated well, we are seen relatively quickly, and we are fed only the finest vending machine delicacies while we wait on the “test results” to come back. (Fact: 99.42% of waiting time in the ER is on “test results.” You can walk into most ERs right off the street and have all kinds of tests run during a small portion of your lunch break. But if you’re planning on waiting on the results, you might want to pack a birthday cake, if you get my drift.)

So we went back for our first consult (waiting time: 13.5 seconds). The very helpful nurse took a blood pressure reading and some vitals (“While you’re waiting, would you like a Kit Kat or Snickers bar?”). Then she sent us back to the waiting room. Our second consult (waiting time: 8.4 seconds) was with a physician, who said that her official medical diagnosis was that it was Probably Nothing, but she wanted a second opinion. Back to the waiting room until the third consult (waiting time: 22.1 seconds), where the Doctor of Second Opinions said, “Hey, it’s Probably Nothing, we see this sort of stuff all the time, and it’s definitely nothing to worry about, but it could be that she has a tiny little skull fracture and at this very moment she’s losing the ability to ever speak French or recognize the color yellow, so we should probably do a CT scan.”

Back to the waiting room until we were called back to radiology (waiting time: .00023 seconds). This was the conversation between me, my wife, and two very helpful radiologists:

Radiologists: Okay dad, just lay her here on the table. Put her head in this little indention, and we’ll take a couple of quick pictures.

Radiologists: Now, now, dear. We do this all the time. Here, let me just take her from you and…

Haven: [reenacts scene from Raiders of the Lost Ark where she’s the Shekinah Glory of the Lord and the Radiologist Nazi’s face melted off]

So we left Haven in the room with the radiologists in order to let the radiologists to their thang (i.e., prepare their wills). You know those massive, foot-thick steel doors that radiology labs have to keep the radiology in? Yeah, we could hear her crystal-clear through those.

They brought us back in a few minutes later, where we discovered (a) no scans had been taken, (b) an entirely new team of other radiologists had gathered in the observation booth to watch the freak show (I’m not making that up), and (c) they needed Merriem to lay on top of Haven in order to calm her enough to take a ride in the scanner.

Two-for-one CT scan finished, we headed back to the waiting room to await the results (waiting time: six weeks, four days, 19 hours, 42 minutes). During that time we were exposed to a rather large man who apparently ate something that didn’t agree with him. I know this because he made several hundred trips to the bathroom and made noises like he was attempting to turn himself inside out. These noises echoed off every surface in the waiting room, to the point that I thought every last one of us were going to have a Stand By Me style sympathy vomit world record before it was all over with.

And worse, BarfBuddy wasn’t content to sit in one seat and infect one area. No, he pretty much moved around to every seat in the ER, even one right behind me, causing me to finally stop applying Purell to my hands and finally just chug it straight from the bottle.

Finally, at about 10:15 PM or what I like to call 176 Pukes Later, the first physician (Dr. Probably Nothing) came back out and said, “Nope, nothing at all to worry about, it’s just a big goose egg, the radiologists said their lacerations are healing nicely and they’ve decided to drop the lawsuit, you guys are good to go home.”

Which we did, where I promptly put my child in the bathtub and scrubbed off the top six or seven layers of her epidermis. Because if a skull fracture doesn’t get you, the PukeMan’s bacteria will.