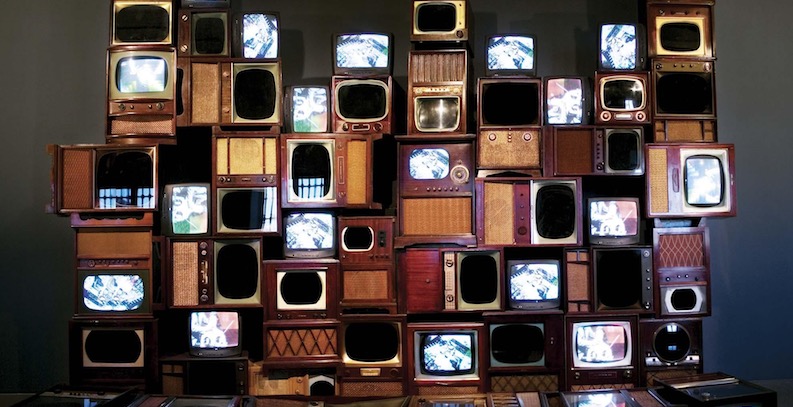 Yesterday afternoon I had the sublime privilege of spending a few minutes in the Wal-Mart. I call it the Wal-Mart because not only was it a specific retail location, but apparently I am 84 years old. And my own grandfather.

Anyway, I was in the electronics section of the Wal-Mart, trying to track down a replacement iPrecious case. But it was incredibly hard to concentrate on my quest because there were 452 flat screen TVs on display, all bolted to the wall, all playing the same display TV promo video stuff, but all were about .006 seconds off on their audio.

Think about that. Dozens of TVs – all playing the same message – but the message is incredibly distorted because not one single message was actually in alignment with the others. It wasn’t a sales pitch, it was noise. It wasn’t entertaining, it was an annoying echo. And it was enough to make me want to run screaming in the opposite direction.

In our churches, we’re guilty of distorting messages, as well. We give too many steps to people who aren’t ready to take them, we don’t make the steps clear enough for people who are, and many times our next steps simply don’t line up.

A few years ago some of our staff visited North Coast Church in California. One of the most remarkable things about our time there was the fact that every one of their staff team was 100% on point and in alignment with one another. Prior to the trip, I had read a couple of lead pastor Larry Osborne’s books. While we were there, I was struck by the homogeneity between Larry’s written phrases and the staff’s spoken ones. They were quite literally on the same page.

What are some of the messages you’ve seen churches muddy up? Comment below.