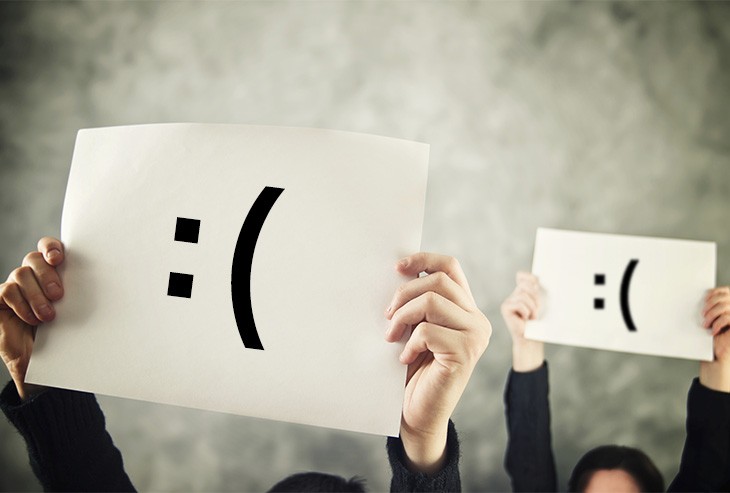 The note landed on my desk several weeks ago. It came to me via a weekend worship service, into the offering bucket, through the hands of the counters, and finally past someone who felt like I should be the one to see it. (“He’s the Connections Pastor. Nobody knows what he does. Maybe he can handle it.”)

The note said, in effect, “Somebody needs to do something about [event in the worship service]. It is making me and many other people very uncomfortable. It makes me want to leave and never return.”

I’m not going to reveal the event itself, because the event is irrelevant. It’s the note, and the complaint lodged within, that I want to focus on.

I’ve gotten plenty of these notes in 20 years of ministry. All of them have said the same thing, though many of them were complaining about different things. They all followed the same formula: I don’t like ___ + other people also don’t like ___ = fix it or I’ll leave.

You need to know that I’m all for feedback. I’m a big proponent of your voice being heard. And I solicit, abide by, and adapt to feedback all the time in my role as a pastor. But here’s what this person needs to know about how to deliver effective complaints:

1. Have the guts to sign your name. Six out of ten times, the negatives remain anonymous. I want you to know that I value your feedback. I also want you to know that I value it about 96% less when you don’t have the courage to tell me who you are. Unsigned complaints don’t allow for conversation. They don’t allow for vision casting. They simply allow you to lob your negativity and run.

4. Assume that somebody cares. Here’s where I get touchy-feely again. Anonymous person, you need to know that I really do care about your note. I really do care about how you feel. In this particular situation, there are some things that I identified with and would agree with you on. I don’t think you were wrong in your opinion, but you were wrong in the way you delivered your opinion. This church isn’t about “Do what you’re told and shut up.” But it is about seeking common grace at the foot of the cross. In your anonymous note, you robbed yourself of the grace both to be heard and the grace to hear. I would have loved to sit down with you and talk through your very real feelings, affirmed your continued involvement here, and yes, sought to help you find a solution. But because you didn’t think anyone cared, you scrawled a note and dropped it in the offering bucket, which is the ecclesiastical version of a hit and run.

Constructive criticism can be helpful, even honoring. More than that, well-timed correction is biblical. Proverbs 15:31 says “The ear that listens to life-giving reproof will dwell among the wise.” But there’s a difference between gospel-centered correction and self-centered complaining. Philippians 2:14-15 reminds us to “Do all things without grumbling or disputing, that you may be blameless and innocent, children of God without blemish in the midst of a crooked and twisted generation, among whom you shine as lights in the world…”

Do you know how unity as believers serves as a witness to the world? It’s when we learn to have a criticism without being a critic.