You Belong In The Zoo 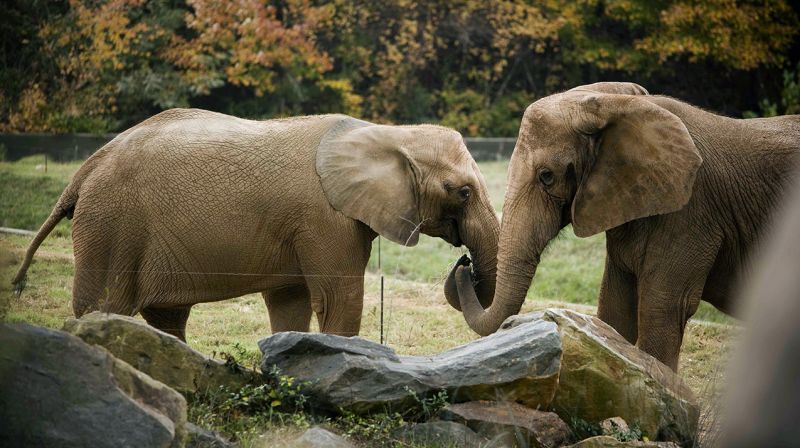 On Friday, we had the brilliant idea that we’d make the short trip down 85 to spend the day at the North Carolina Zoo. We took Haven once last year, but felt like – now that she’s almost three – she would have the maturity to appreciate the finer things of the biological wonderland known as God’s caged creation.

And true to form, my princess was more than excited. For two hours, this is what we heard from the back seat:

(You get the picture.)

So there we were: the all-American family, walking through the gates of the zoo, ready for a day of fun and family bonding.

Until we rented the stroller.

You see, we ditched Haven’s stroller a few months back. She’s highly mobile (translated: she never stops moving and has the hyperactivity of a ferret on Red Bull) and usually walks / runs / lunges / catapults alongside us just about anywhere we go, unless we decide to strap her down in the bacterial rodeo known as a grocery cart. But for the zoo, we felt like having a free roaming two year old in close proximity to carnivores could be a bad idea, if you get my afternoon feeding time drift.

So we ponied up the eight bucks to rent an Official North Carolina Zoo Stroller, which for that price was hopefully hand crafted out of illegally-poached rhino horns.

And Haven loved the stroller…for exactly 4.2 seconds. But it was one of those low-slung strollers, and she couldn’t quite figure out that she was supposed to be scooted all the way back in the seat. Instead, she shoved her little rear end up to where her feet were supposed to go, which meant her feet were dragging the ground in front of the stroller, which means every time her toe would catch we’d roll up over her legs and occasionally throw her face-first onto the sidewalk.

We see the bears? Are dose the efefants? We going to see the *thwock* WAAAAAAAAAAHHHHHHHH!!!!!

It was somewhere around the chimpanzee exhibit that I decided to confront and correct the foot-dragging scenario. I calmly asked Haven to scoot back in her stroller. She calmly pretended I didn’t exist. I asked stronger. She pretended stronger.

So finally, I stopped the stroller in the middle of the sidewalk, moved around in front of her, knelt down, got nose to nose, and in my best I Am Still In Control Of This Moment But Don’t Want To Be Turned In To The Authorities voice, told her that we wouldn’t move from that spot until she did what daddy said.

And then we experienced what can only be explained as the scream heard ’round the world. Birds scattered. Lions roared. Chimpanzees screeched. And crocodile tears flowed. You would have thought that I’d amputated the child’s leg giving her nothing more than a twig from a nearby tree to bite down on.

But I persevered. I outlasted the crying and the tears and I remained Calm And In Control and did my best to act like an adult. True, it was in that moment that I realized that 80% of my parenting strategy is to ignore the disapproving stares of people who do not have children while I am in a Mexican standoff with my daughter, but that’s the price I’m willing to pay.

I’m happy to tell you that I survived that moment and Haven and I went on to join the rest of the family, who were convinced they were going to have to leave us at the zoo and start a new life without us. And I’m also happy to say that Haven rallied and ended up enjoying the rest of the day’s zoo-related activities.

At least until the ice cream cone fell on the sidewalk exactly six seconds after I bought it, but that’s another story.