Just Get Out Of The Way 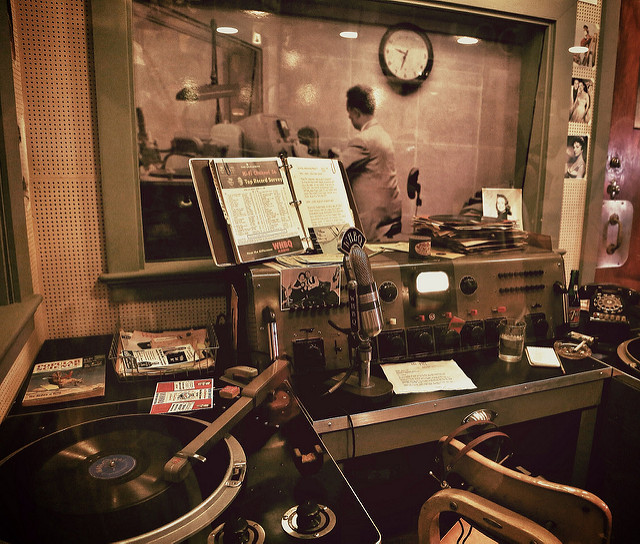 Yesterday on my way home from church, I had an experience that was so surreal, so otherworldly, that I just wanted to keep driving around for a while in order to extend the moment (but I didn’t. Because you know…carbon footprint).

I was listening to a radio station that I don’t normally listen to, and the deejay (who apparently had been on the job for about twelve minutes) was an absolute train wreck. One of those good train wrecks, where no one actually gets killed, but the pyrotechnics are incredible.

She couldn’t string two sentences together. She had annoying catch phrases that she used over and over again as nervous filler. She left her microphone on while she took a phone call, so all of her listening audience heard one side of the conversation after the last song had long since stopped playing.

But best of all, she turned her mic on during the middle of her favorite songs, and sang over the top of them.

That’s right. The one who was supposed to introduce the songs, sang the songs.

And as I sat bewildered over the sheer insanity of the moment, I realized how often I do the exact same thing. I thought about how many times my job is to point to another, but I insist on taking the limelight.

I recognized myself as the one who is supposed to introduce the Artist, but tries to become the artist.

Instead of pointing people to Jesus, I somehow try to take center stage.

Instead of giving friends the gospel, I let them wallow in their circumstances.

Instead of His fame, I focus on my own.

And I realized that – like the less-than-professional deejay, there are times I need to get out of the way and just play the music. No editorializing, no accompaniment, no one-upmanship.

Where do you need to get out of the way today?