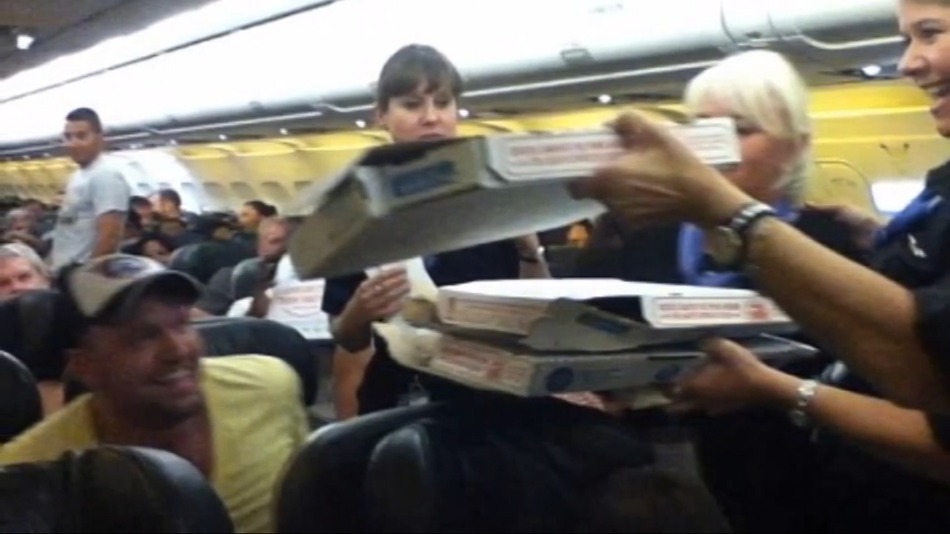 By now you’ve no doubt read the story of Berhard Brandner, the Frontier Airlines pilot who dug into his own pockets and bought 35 pizzas for his passengers stranded on the tarmac. It was a selfless move designed to make a bad situation bearable, and flip a tough experience into a tender one.

“Ladies and gentleman, Frontier Airlines is known for being one of the cheapest airlines in the U.S., but your captain is not cheap,” Brandner was recalled saying. “I just ordered pizza for the entire plane.”

Did Brandner cause the delay? Nope. It was a series of storms that set off a chain of events that ended in a diversion and an hours-later-than expected arrival time. But rather than shifting blame and saying, “Not my problem,” Brandner took control of the situation and sought to serve his passengers at a significant personal cost.

That’s not only the mark of a great leader; it’s the test of a great servant.

If you’re in leadership, you’ve certainly dealt with your share of “not my problem” diversions and delays. Or maybe it was your fault, albeit unintentional. So what do you do? Do you start to toss the blame to someone else and let it slide, or do you seek to take a inconvenience and turn it into an impression?

Going above and beyond to fix a “not my problem” problem takes a display of humility. It’s considering others’ needs greater than your own, and for the Christian, it’s a practical demonstration of the grace of Jesus.

Has anyone ever turned one of your jeers into a cheer? Comment below.