And There She Goes: Reflections on Day One of Preschool 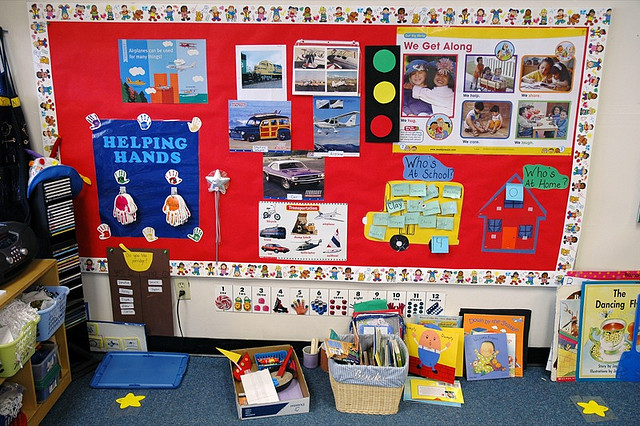 The word for the day is “bittersweet.”

This morning we did one of the things I’ve dreaded since my daughter came into our family: we sent her off to preschool.

But this morning was wholly different. This morning was a day I’ve dreaded for 3 1/2 years and my little girl has dreamed about since the spring. This morning I helped her put on her new backpack, helped get the right shoes on the right feet, helped buckle her in her car seat, and helped her into a new building, only to realize that Merriem and I wouldn’t be the only ones helping with those things any more.

There will be more than just Mommy and Daddy.

Part of me is proud. Friends, she strutted into that room like a boss. I half felt sorry for her teachers: she was confident she was going to rock the joint. When she called me at the end of her day, you could hear the beaming smile buzzing through cell towers. She told me about crafts and songs and playgrounds and snacks. She called the names of friends she’d made. She told me every step her teachers took.

But part of me knows that – while this is all a part of growing up – it still means she’s growing up. At her classroom door when I hugged her one last time, I held on a little longer than I should have but a lot less than I wanted to.  As tears formed in my eyes and she formed new friends, I realized that this is what it means to be a parent. This is why God sets us as stewards of our children: to raise them to fear him, serve him, and worship him.

But that means that I have to release her from my hand so he can hold her in his.

Tonight, I’ll snuggle up close to her and let her tell me all about her day as many times as she wants to. No detail will be unimportant. No story will be ignored. I plan to savor her first day as much as I can, and realize that this is the first day of many “first days.” I want to celebrate her victories and the goodness of God in her life. I want to cheer on her new friendships and spur on new habits. I want to help her stay excited for the second day just as she was for the first day. I want to lock these memories in both of our minds forever.

I want to hold on tight even as we start to let go.