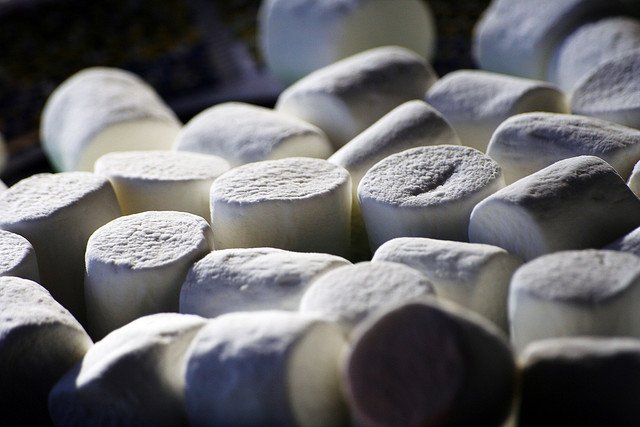 Yesterday I was rolling down the road and listening to NPR, because apparently I’m 62 and have an affection for endangered spotted owls. They were doing a feature story on the infamous “Marshmallow Test” conducted by Stanford researcher Walter Mischel in the late 1960s.

You may not be familiar with the Marshmallow Test if you’ve never heard J.D. Greear preach. That’s his third favorite illustration to use in a sermon (just behind Dee the Waffle House waitress and anything having to do with Narnia, and just ahead of David the psychotic but obedient 12 year old soccer player). Basically, the Marshmallow test took a bunch of preschoolers, put them in a room one at a time, and plunked a single marshmallow on the table in front of them. Those who were patient (“The Marshmallow Waiters”) were able to eat two marshmallows. But those who were impatient (“The Marshmallow Grabbers”) got just a single marshmallow, plus a lifetime of being labeled as a negative example in an illustration.

But here’s the kicker: the study ended up expanding over the next 40 years, tracking these subjects through high school, college, and adulthood. The Marshmallow Waiters typically had higher grades, better SAT scores, and lasting relationships. The Marshmallow Grabbers were typically more dysfunctional, had higher behavioral problems, and followed Kim Kardashian on Twitter.