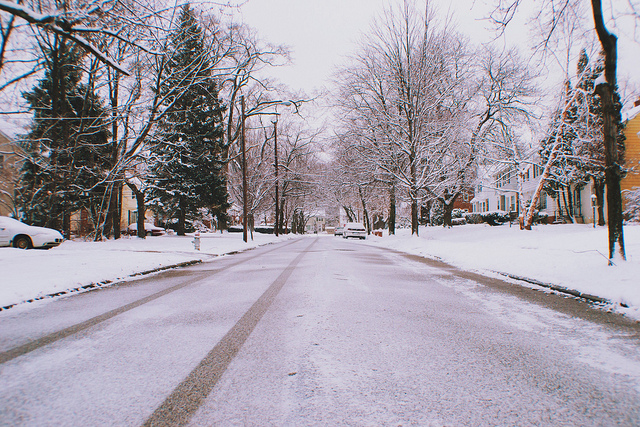 As I type, I’m sitting in my living room looking out on the back porch and the landscape of Snowmageddon 2015. The Raleigh Durham area is caught in the icy grip of .000004 inches of sleet, and everything has shut down. (In fairness, I suppose it’s better than this scenario that played out a little more than a year ago.)

But I digress. When the white stuff started to fall yesterday afternoon, my second born Austin was still at work. They had already officially closed, but were still cleaning up and trying to get out of there. A quick call confirmed that he was going to keep it slow and try to make it home on his own. My paternal instincts were torn between going to pick him up and letting him attempt the rite of passage of being a frozen tundra road warrior. The latter won out.

And then, the second phone call came.

Austin’s car had gone into a skid. There was a car stopped in front of him, a ditch to his right, an oncoming car to his left. Thankfully, he was able to veer onto a side road and the only “injury” was a small scuff from a street sign. But no matter his protests of “I’m fine, everything is good,” I was on the move.

There’s nothing like a distress call from your child to get you off the couch, into your coat, and out in the elements. At that moment, no amount of ice and no number of slick roads would have kept me from finding him and getting him back to safety. If it meant walking to him, then that’s what I would have done.

It’s what any father would have done.

It’s what our Father did.

I still have a Dad who runs. And so do you. Sometime today, we’ll both find ourselves in a ditch. We’ll both take our eyes off of the prize set before us and we’ll pursue our own path. We’ll trade in our dependence on Christ for dependence on ourselves. It might be a wayward word, a willful glance, or a misplaced belief, but it will reinforce our total inadequacy to take care of ourselves and our total need for a rescuer.

And at that moment, our Dad will run. He’ll run to us once again, pull us up once again, brush us off once again, remind us of his sufficiency once again, and get us safely home.

It’s what Dads do.