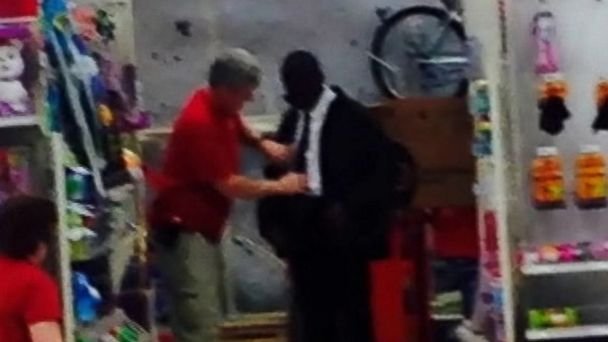 Teen Goes to Target Looking for a Tie, Gets That and More. (via @CNN) Big kudos to the Target employees involved. And, a personal aside here: David Langston, the store operator quoted in the article, is one of our Summit members, son of one of our executive pastors, and 100% lives the guest service ethos. (And if you want the punch line, he got the job.)

Turns out, talking to strangers is not so bad after all.

At least for a North Carolina teen, who went to Target to look for a clip-on tie for a job interview. Instead, he became the subject of a touching moment and a viral photo.

Audrey Mark told CNN affiliate WTVD she was shopping at a store in Raleigh on Wednesday when she noticed something unusual.

“I see this young teen being hovered over by this Target employee,” Mark said.

Curious, she got closer to see what was going on. The employee was not just tying the teen’s tie, he was imparting some wisdom as well.

Warsaw House is Three Feet Wide. (via @22Words) This makes me claustrophobic just thinking about it.

If you picture a house crammed tightly between two big buildings in downtown Warsaw without an inch to spare, the image that comes to mind probably isn’t very inspiring. Now add to that image that the house is only 3 feet wide.

Is this the kind of place you’d want to stay?

Well, it exists, so you can check it out and decide for yourself. It’s the world’s narrowest house and you may be surprised by how awesome it is…

Inside the White House: Marine Sentries. (via @WhiteHouse) And speaking of houses, I began watching The West Wing for the first time during the Christmas season. One word: phenomenal. But it did raise the question: how do they pick who stands outside the President’s door? This’ll help: