Making Sense of Scripture’s “Inconsistency.” (via @TGC, HT @drmoore)  Yes, yes, I know that you know the “But what about SHELLFISH?!?” comment is really overplayed, but the question remains: how exactly do you answer that? Yoda himself (Tim Keller) helps us out.

So where does this leave us? There are only two possibilities. If Christ is God, then this way of reading the Bible makes sense. The other possibility is that you reject Christianity’s basic thesis—you don’t believe Jesus is the resurrected Son of God—and then the Bible is no sure guide for you about much of anything. But you can’t say in fairness that Christians are being inconsistent with their beliefs to follow the moral statements in the Old Testament while not practicing the other ones.

Unreasonable. (via @ThisIsSethsBlog) No need to click through, the short-n-sweet Seth has summed it up in two sentences. (And yes, I discovered this week that I’m often the unreasonable one.)

It’s fascinating to note that everyone else is consistently more unreasonable in their demands and their policies and their views than we are.

I know the math is impossible, but we certainly act as though the other person is the unreasonable one, no matter which side of the table he sits on.

Ronald Reagan riding a velociraptor. (via Jason Heuser) I had this up on my out of office reply over the 4th of July weekend, but dang it: not enough people emailed me. I want you all to see it, because ‘murica. Here it is: 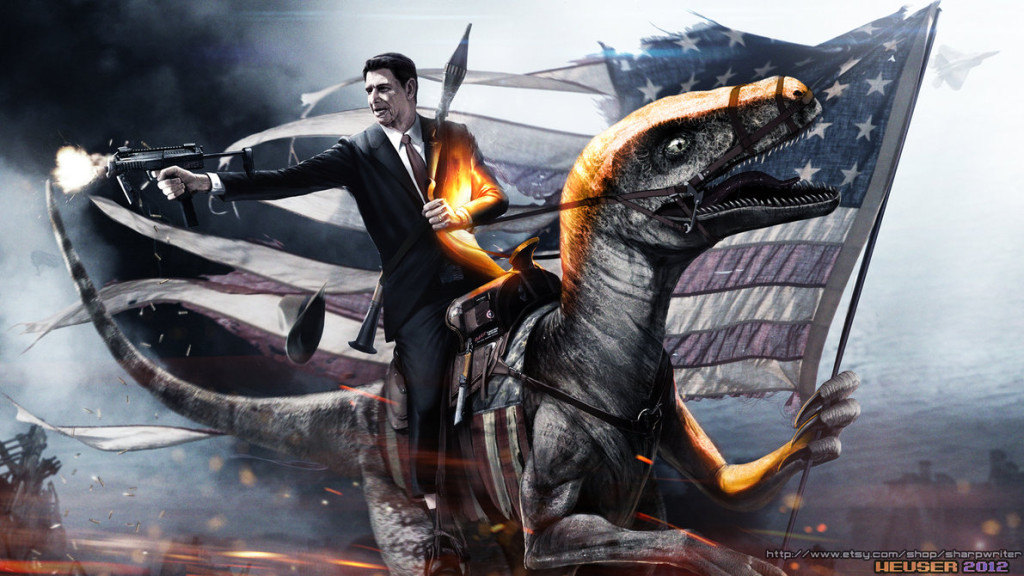