You Know What To Do, But… 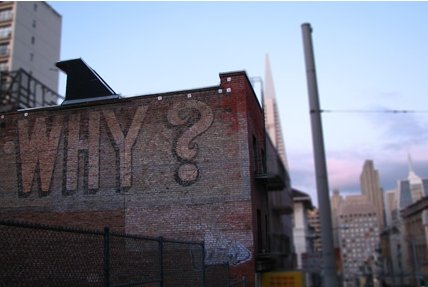 I’m taking a little down time this week, including a brief blogging break. Meanwhile, I’m reaching back into the archives for posts that even I forgot I’d written. (Feel free to insert your own “forgettable” burn here.) This post originally appeared in February 2015.

You know what to do, but…do you know why you’re doing it?

I’ve written here before about The Why Behind The What. It’s a foundational part of our onboarding training for our guest services volunteers. When we train, we spend next to zero time teaching people how to park a car, open a door, or help a guest find a seat. That’s the easy part.

What People only know how to perform a job. Exhibit A: on Monday of this week I spent a half hour on the phone with the DMV, trying to figure out why they had recorded my son’s insurance as lapsed when he’s clearly (painfully) been paying premiums on it. And spoiler alert: the DMV phone experience is just as magical and wondrous as the DMV in-person, in-line experience.

But I digress: I spoke to two ladies who knew exactly what to do. They had a script. They had an answer. They knew how to route my call and that I would need to talk to another department and that They Were Very Sorry For My Inconvenience. But man, were they ever mechanical. When I asked a question, I could almost hear the pages rustling as they flipped to the paragraph where they could find and read prepared talking points. They told me who I needed to call and the form I needed to request and the fax number I needed to send said form to, but I might as well have been talking to a robot.

No heart. No emotion. No empathy. Just bizness.

What People perform a job. Why People build a relationship. They don’t just want to point you to the answer, they want to help you discover the answer. They don’t view you as a transaction, but as a living, breathing human who is worthy of a conversation.

How about your volunteers? Are they What People? Do they fire on all cylinders when it comes to their checklists, but leave a lot to be desired on the relational front?

Or are they Why People? Do they recognize their role in the bigger story, their responsibility to serve in response to the gospel, their ability to connect on a human level?

You’ll rarely have to worry about what as long as you obsess over why.