The Royal Order of Sword Orderers 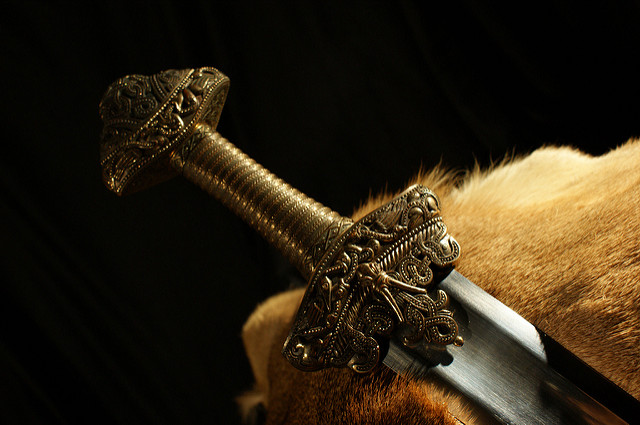 Once upon a time in a faraway kingdom, there lived a king. He was a good king and a noble king. He was a brave and bold and wise and kind king. He loved his servants and his subjects, and they loved him. Because of his kindness and fairness, the subjects served the king – not with drudgery, but delight. They gave honor to him, respected him, and taught their children to do the same.

One of the reasons for the king’s popularity was his passion for battle. He did not seek out war, but neither did he shrink from it. If his kingdom was being threatened or if an ally was being targeted, the king would summon his army and march ahead. In combat, he both developed the plan and led the charge. He refused to send others to fight for him while he stayed behind; rather, he went ahead of his troops to fight the enemy.

If there was a rival for the king’s love of his kingdom, it was perhaps his love of the tactical fight. He had the unique ability to mark up a map and size up his opponents. He was both known and feared by his enemies as a man with a shrewd mind, a fierce vision, and an unwavering courage. If the king set out to take a hill, the hill would be taken. He would stir up his generals, call courage out of his soldiers, and lead by both experience and example.

But there was a secret weapon that the king kept in his arsenal. And this weapon was the key to his victory. For no matter the size of his vision or the expertise in his planning, the battle was doomed to failure if not for this small but significant detail.

The weapon in question actually had everything to do with weapons. The king employed a small team of tacticians who weren’t necessarily fit for battle, but they knew how to outfit the battle. They took the king’s vision and made it a reality. While he mustered the troops, they supplied the troops. The king and his tacticians understood that if not for shields and swords, chain mail and crossbows, and armor and arrows, his military prowess would soon be overtaken.

So while the king’s visible army marched to battle, his invisible army stayed behind. In a way, their work and planning preceded and supplanted him. They had spent months coordinating with metal workers and blacksmiths and craftsmen. They knew the requirements of the battle and they worked around the clock to make sure the king would be ready. They knew that when the king took the hill, he would do so with an arsenal that they had arranged. And they might not ever receive a hero’s welcome or personally taste the victory or the spoils of war, but they knew. They knew that the king’s trust and the king’s success rested on their work in the shadows. And perhaps more importantly, the king knew. So they labored faithfully. Graciously. They served both the king and the kingdom by using their gifts so that the king was free to use his.

As each has received a gift, use it to serve one another, as good stewards of God’s varied grace. (1 Peter 4:10)