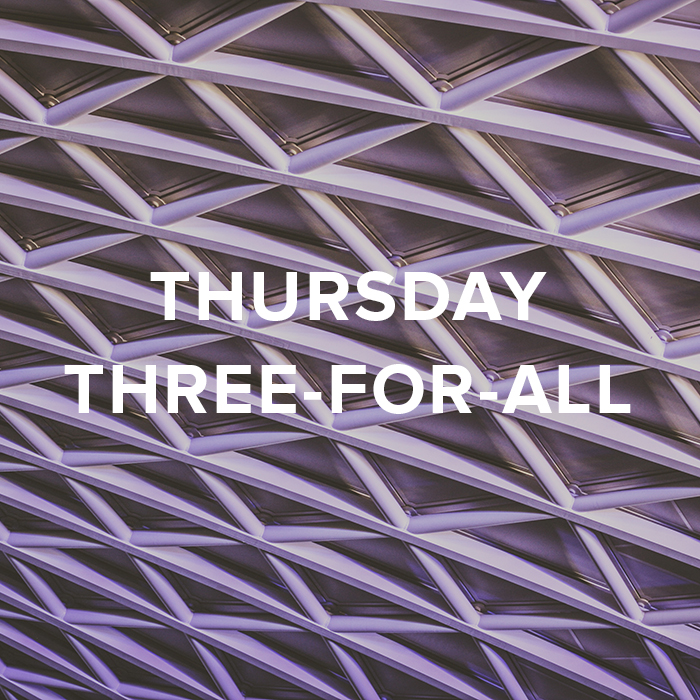 (via @_michaelkelley) Michael is a good dad. Nay, a great dad. These need to be in your encouragement arsenal…I know I’m adding ’em to mine.

I can remember, with startling clarity, specific sentences that people said to me decades ago. Some of those were positive; some were negative. And in each case, I can recall not just the words, but the tone. The diction. The facial expression. And, then ultimately, how those words made me feel.

What makes them more powerful is the source from which they come. Kind words, though they might produce a nice feeling, are likely not to mean nearly as much coming to you from a mere acquaintance as they would coming from someone you immensely respect and admire. Hurtful criticism doesn’t sting as much from the person you barely know as the one you thought you could trust.

(via @grammarly, HT @lifehacker) Okay, fellow writers: I’m interested to hear how this strikes you. I would say that in most cases, I’m an Early Bird. But occasionally the creative streak keeps my inner Night Owl hooting for hours. What say you? (Note, this is primarily an infographic, so be sure and click through.)

“Early to bed and early to rise makes a man healthy, wealthy, and wise.”

So says the old proverb, often attributed to Benjamin Franklin. Of course, Franklin lived in a time before electric lighting, when staying up late meant burning the midnight oil and people had good reason to be productive during the daylight hours. Even so, at least when it comes to writing well, he may have been onto something.

Centuries later, with our homes illuminated by not only electric lights but also the glow of TVs, computers, and handheld devices, many of us have come to identify as either early birds or night owls. Early birds turn in at a reasonable hour so they can wake refreshed first thing in the morning. Night owls stay active long past dark and tend to sleep later.

(via @usatoday) I’ve watched this a couple of times, and teared up both times. You will, too. I promise (or else you’re just a heartless sicko).

click here if the video doesn’t work in your player