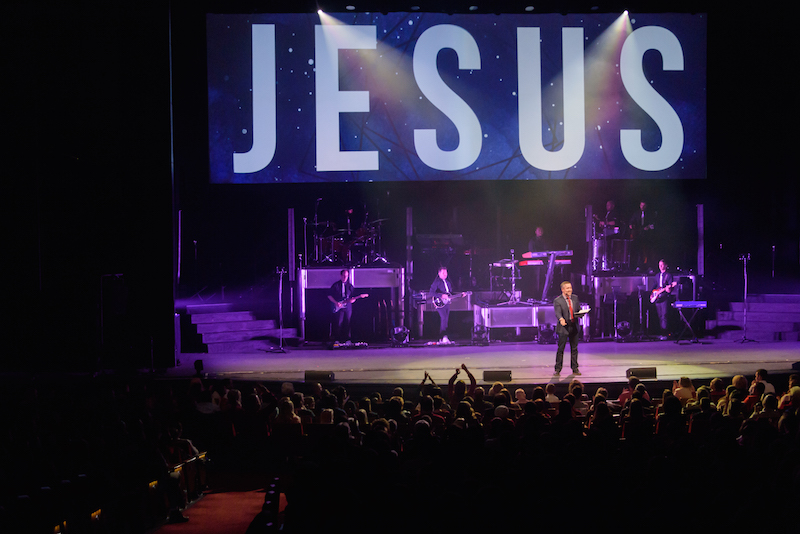 This weekend The Summit Church celebrated 15 years as The Summit Church. Part of that celebration included thanking our pastor for 15 years of faithful ministry, and part of the way we thanked him (if we’re being honest here) is by poking fun at him. Because that’s just what we do. If you don’t attend the Summit, this post may be like reading someone else’s mail. But if you’ve ever heard even one J.D. Greear sermon, some of this may sound oddly familiar. So grab a Mountain Dew and a Snickers bar (our pastor’s pre-sermon fuel of choice) and enjoy.

The secret—and maybe it’s not so much of a secret—is that listening to Pastor J.D.’s sermons and sermon illustrations is kind of like eating at your favorite greasy spoon diner for breakfast: there are really only a few basic ingredients but an infinite number of combinations. At your breakfast joint, you can have eggs/bacon/potatoes or potatoes/eggs/bacon or my personal favorite, bacon/eggs/bacon. Same ingredients, different dishes. And it’s all amazing.

Same with sermons: The little secret is that Pastor J.D. has actually only written four sermons in his 15-year career. He just keeps dishing them out in different orders: You’re bad/God’s good/Jesus is the truer and better fill-in-the-blank.

And it’s definitely—definitely—the same with sermon illustrations. Pastor J.D. has never met one that he can’t recycle, no matter the book of the Bible he’s preaching from or the topic he’s dealing with. If you’re like me, you often find yourself sitting in a weekend message, playing the “I-can-predict-the-end-of-this-sentence-in-seven-syllables” game. Come on, let’s try it:

So as we celebrate 15 years of scattered, smothered, diced, chunked, and covered illustrations, I thought it might be helpful and save us all a lot of time to take Pastor J.D.’s “best of” and just create one massive Frankenstein’s Monster-style story. The more sermons you’ve heard, the more familiar this will be. (Pro tip: It’s best to read this out loud in your best J.D. Greear voice). And if you’re new to the Summit, let this serve as a preview of what’s to come. (By the way: That was the world’s longest introduction to the main message, another patented Dr. Greear trope.)

Ladies and gentlemen, I give you…

Some of you know that before I came to the Summit, I served for a few years as a missionary in Southeast Asia. One of my closest friends there was a guy named Ahmed, who was a devout Muslim. Ahmed had a series of dreams that he asked me to help interpret. As a guy raised in a conservative Baptist home, I didn’t do “dreams and visions.” I was sweating harder than Joel Osteen at a Together for the Gospel conference. So naturally, I lied: “Bro, you are so lucky: Dream interpretation is my spiritual gift!”

In Ahmed’s dream, he saw me in a sea of balloons. And my job was to take these balloons and just bat them up in the air. It was like you as a church member: Your faith begins to sag, so you show up at church and WHAP! I smack you back up into the air. But how much better would it be if the balloons were filled with helium? Kind of like the helium balloons that Lawnchair Larry used several years ago, when he strapped himself into a lawn chair with industrial strength weather balloons. He hoped to observe his neighborhood from a different angle, but when he untied the rope, he soon found himself catapulted up to 16,000 feet.

He finally shot some of the balloons with the rifle he’d taken along, and landed right on the LA freeway in the middle of the night. To his horror, he discovered that he landed right after a major earthquake, and he watched as headlights ahead of him disappeared off the edge of the crumbling roadway, sending drivers plummeting to their deaths below. He saw a bus approaching, and he was determined to stop the bus, no matter what it took. So he took off his shirt and began waving it over his head, trying to stop the bus, but …

WHAM! It hit him full force. Now imagine if I were hit by a bus, and I came in here and said, “Y’all aren’t going to believe this. I was on my way here to preach and got a flat tire. While I was trying to change it, a bus came out of nowhere doing 70 miles an hour and just plowed into me. So anyway, I’m sorry I’m a little late.” NO! If a bus hits you, your appearance is fundamentally changed.

Now granted, it’s an external change, like deciding you’re going to grow roses. So you go down to the florist and buy a bunch of long-stemmed roses, and come back home and start stapling them to bushes. That doesn’t change anything. It’s as if you’ve been forgiven a massive debt, a debt that would take you a lifetime to pay off, and then after your debt has been cleared because of the grace of your lender, you grab a guy by the collar and haul him off to jail because he owed you two dollars for Mountain Dew.

All of this reminds me of the time I was a single guy. I spent my days coaching middle school boys’ soccer. We would run around with our shirts off, and at one point one of my stellar athletes pummeled the star girl of the other team because he thought I wanted him to. Meanwhile, during my nights, I would share the gospel on airplanes. On one such trip I sat beside a Harvard student named Bertha. (You have to roll your tongue when you say her name. She was beautiful, and we were going to get married and have beautiful children.) The conversation started so promising but quickly turned south when she found out I was an evangelical Christian. Bertha thought there were many ways to God. Mountain. Elephant. Something something.

So I explained to her the chances of all the prophecies of the Old Testament coming true in the person of Jesus was like covering the states of North Carolina, South Carolina, and Virginia in silver dollars and then taking a blind guy from Maryland and shooting him out of a cannon into the pile of silver dollars and asking him to find the one that is painted red.

But remember, our friend is blind, so when he came up out of the pile, he said “Silver and gold have I none, but what I do have I give to you freely,” and he put a Bojangles biscuit in the offering plate.

Bertha was so overcome with the truth of this story that she immediately reached into her carry-on bag and handed me a rosary and a St. Christopher medallion. She said, “We’re so fortunate! There’s no way this plane will crash!” And yet I was ashamed, because all I had to give her in return was an Adidas neck warmer I had bought on clearance for seven bucks. So once we landed, I drove to my parents’ house and fished around under the Christmas tree and gave her a sweater that my mom bought for my sister. The idea of regifting caught her off guard, so she asked, “Are you sure this is quite safe?”

“Safe? Didn’t you hear what I told you? Who said anything about safe? ‘Course it ain’t safe. But it’s good. It’s a Christmas sweater, I tell you.”

And that’s why Jesus is the truer and better Nicholas Cage.