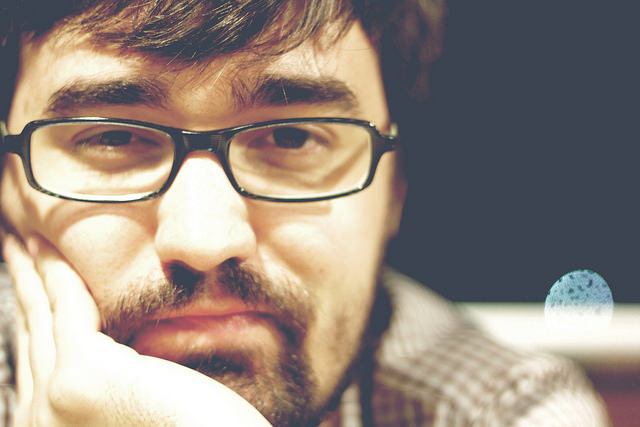 On a recent Saturday I was working through the requisite weekend errand list. Stop #1 was at the bank to deposit a paycheck for my oldest son (which is normally something he does, but I quite enjoy the 5% deposit fee that he doesn’t know I charge him). The bank teller was nice enough, but when she saw the Chick-fil-A logo on the check, it was as if someone had flipped a switch. She started talking about how much she loved the particular store where my sons work, how friendly the team is, how fast the service is, and how good the food is (I agreed with it all, because I’m a proud but ridiculously biased father).

A couple of stops later was at the grocery store to pick up a few things for Merriem (replace the 5% deposit fee with my I-get-to-choose-the-ice-cream-flavor fee). When I went to check out, I witnessed a level of disengagement that can only be described as theatrical. The cashier was waiting on the couple in front of me, but he never spoke. Never made eye contact. Moved at the pace of a one-armed sloth bathing in Elmer’s Glue. When I approached the register, I intentionally watched for any signs of life. Again: no eye contact. Sloth glue bath. I think there was a partial sliver of a grunt, but I can’t be sure of even that.

I was so incredulous at the Herculean effort it took for him to disengage, I went home and recounted the entire process to Merriem (we like to share customer service horror stories instead of whispering sweet nothings, because apparently our marriage has never lost the magic). My story led to a similar series of stories from her, which led to a critique of that particular store’s management, which finally led to the following thought:

At the bank stop, the teller was so enamored by a particular business (one – mind you – that she wasn’t even in at the time) that she felt compelled to tell me about it. She was a traveler who had recently returned from a magical destination, and she wanted to share the experience. She was the type of brand evangelist that any CEO or marketing department would kill for.

But at the grocery stop, the cashier was so thoroughly bad that I couldn’t wait to get home to share the experience. Not only did I want to tell my wife, I wanted to tell you. I’m sure this particular cashier has other positive qualities, but public engagement is not one of them. He’s the antitheses of customer service, and he’s chipping away the reputation of his employer one partial grunt at a time.

Studies show that a dissatisfied customer is twice as likely to tell his story as a satisfied one. In 13% of poor customer interactions, the offended party will tell more than 20 people. In the majority of cases, a customer will walk away from a bad experience and recount it to 9-15 people. And in this day of Facebook, Twitter, and blogs, our platform to spread horror stories is larger than ever.

What does this mean for the church?

Put yourself in the shoes of one of your guests from this past weekend. As you read this, they are settling into their cubicle and preparing for the day ahead. If a co-worker asks them what they did this weekend, will your church enter the conversation? What kind of experience did they have? Did you make them feel welcomed? Did you know they were there? If they had a problem, did you do everything you could to resolve it? Did you make much of the gospel and not much of your gimmicks?

Something about their experience was remarkable. Let’s make sure the experience they’re recounting is the one we want them to spread.