Killing Ourselves With Kindness 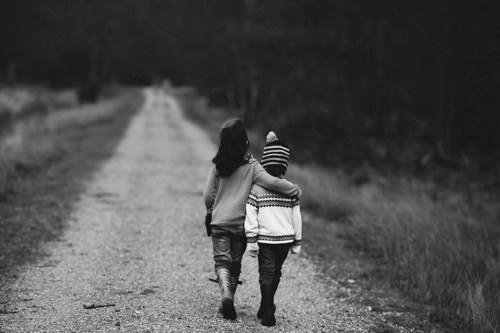 Growing up, I can remember one phrase my dad used that was a normal part of his repertoire. As a second-generation family business owner, he was my model for guest services way before I knew that would be my full-time gig at a church. Even today – at 78 years old and still going strong in the company – he tosses out this particular phrase whenever a customer is being a little (ahem) difficult:

That was his seven word philosophy on dealing with the public. And for over four decades, I’ve seen him do just that. Irate customers would not be met argument-for-argument, but with a gracious response. Angry phone calls or emails would be patiently dealt with as he helped resolve whatever situation had sparked the anger in the first place. Whether it was his fault or not, dad’s philosophy has always been and still is, kill ’em with kindness.

I marinated on that phrase this weekend and had an “aha!” moment after hearing a story from one of our seating team volunteers. The details aren’t important, but suffice it to say this vol was treated not so kindly by a guest. A simple request elicited a rather hostile response, but thankfully our volunteer maintained her cool and – in a move that would make my dad proud – killed ’em with kindness.

But here’s the “aha!” moment, and here’s what I’m processing today: our volunteer’s request was completely reasonable. Our guest’s response wasn’t. I might’ve even been inclined to look the other way had the volunteer been a little more aggressive in the way she resolved the situation. And I’m not so naive as to believe that the one act of kindness in our volunteer’s gracious response completely transformed that guest’s heart, causing them to see the error of their ways and making them an advocate for seating teams everywhere.

No, in our volunteer’s attempt to kill their guest with kindness, she was actually killing herself.

Rather than respond out of frustration, she doled out grace.

Instead of standing up for herself, she laid down her rights.

Before she took up an offense, she chose to overlook it.

Rather than living as a daughter of Adam, she chose to live like the daughter of a better kingdom.

Whether you’re a part of a seating team, a Fortune 500 company, or one half of a marriage, someone is going to do something today that’s not so nice. A wayward comment or a spiteful action may spark the desire for a little vengeance of your own. And in that moment, you have a choice. I have a choice. We can choose kindness. We can opt for grace. We can show mercy.

And as we seek to kill ’em with kindness, we might just find that we’re putting our old nature to death, as well.

Put on then, as God’s chosen ones, holy and beloved, compassionate hearts, kindness, humility, meekness, and patience, bearing with one another and, if one has a complaint against another, forgiving each other; as the Lord has forgiven you, so you also must forgive. And above all these put on love, which binds everything together in perfect harmony. And let the peace of Christ rule in your hearts, to which indeed you were called in one body. And be thankful. (Colossians 3:12-15, ESV)