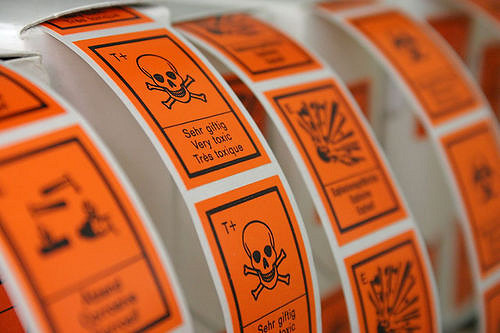 Poison is a funny thing.

We’re not talking about the late 80’s hair band, here, although they were very funny. (Some would say those guys were nothin’ but a good time.)

No, I mean funny more in an odd sense because – though poison is deadly – it’s often unnoticeable until it’s too late. It can be tasteless, odorless, and seemingly harmless. And then…bam. You’re gone.

Poison can wreak havoc on biological systems, but it also can kill cultural systems. Take your guest services culture, for example. Apply the poison of a toxic greeter, and the deadly effects will soon spread throughout the attitude and actions of every volunteer. Tap into the toxicity of an unhealthy approach – for example, not having a plan for serving guests – and soon your church growth and health will stagnate, decline, and die.

So how can you spot a toxic guest services culture? Like poison, it’s often unnoticeable until it’s too late. But there are three attitudes that might indicate toxicity amidst your team:

1. Having a guest services plan is a necessary evil.

We’d never say that. Nobody in their right mind would formulate those words and force them off of our tongues. Of course we want guests in our churches. No guests mean no growth. But in the way we plan for, resource, and maintain our guest services culture may very well reflect our core belief that this is more trouble than it’s worth. Caring for guests interrupts the status quo, because suddenly it’s not about us and what makes us comfortable. And while the above statement may never be articulated, it’s assumed by heavy sighs and eye rolls every time you bring up the need for a plan.

I refer to this as the “shock and awe” plan. We want guests to like us enough that they want to come back a second time, so we pull out all the stops when they show up the first time. We go way beyond inviting environments and assault the senses with a sense of desperation. Our all-encompassing goal is to get first-timers to take notice of our church, yet we fail to help them take notice of Jesus. And by the way…this is often an accusation lobbed at megachurches, but small churches can overdo it, too. It feels a little like the single male seminary student who uses the “God told me to marry you” line…it’s too much, too soon, and it’s off-putting.

3. We don’t need a team, because we’re already friendly.

I’ve been in a lot of churches, and I’ve yet to find one that’s not friendly. A quick five minute glance around the sanctuary or Sunday School room reveals people who are freely trading hugs and high fives, catching up on the news of the week, and even praying for each other’s needs. But there’s the rub…most church people are friendly to each other…to those we already know. It takes a great deal of intentionality to move beyond friendly to each other in order to be friendly to “others.” And if that intentionality isn’t intentionally installed, it’ll cause the culture of welcoming guests to shrivel up and die.

Want to know more about spotting – and fixing! – a toxic culture? Join us for our One-Day Workshop on Guest Services. Get more info on that and other training opportunities here.