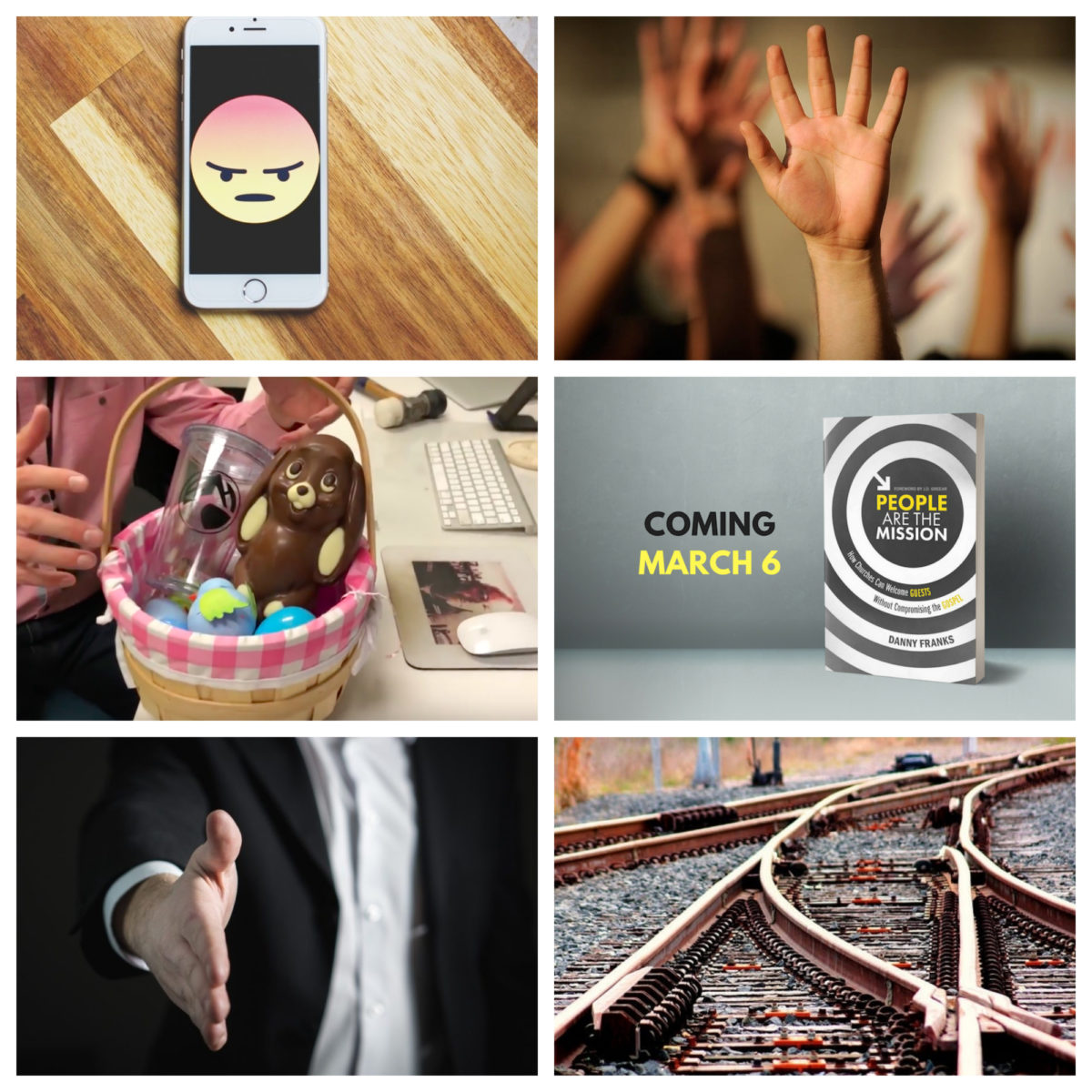 Here are the posts that seemed to generate the most buzz, at least according to AI algorithms. Those bots: they’re taking over the world.

10. Danny Recommends: Uni-Ball Vision Elite Pens. Coming in at #10 was a humble plea for you to buy the best pen on the market. (Seriously, you want this pen.)

9. Q&A: How Do We Handle Multiple Services At The Same Location? Eight things to think about if you’re branching out while staying on site.

8. Defend Your Volunteers Don’t assume the worst. Don’t throw your people under the bus. Affirm them and watch them soar.

7. Why You Don’t Need To Say “Need” The word need is a short-term win, but a long-term loss.

5. Twenty-Five. Merriem and I celebrated a quarter-century of marriage in January. Here are a few thoughts on our silver anniversary.

4. What To Do When A Volunteer Lets You Down How do you cope with someone who doesn’t have to be there? Seven thoughts.

3. So, I Wrote This Book… 2018 marked the year of my first book. Here’s where the People Are the Mission news dropped.

2. 7 Reasons Not To “Turn and Greet Your Neighbor” And in the “Confess your unpopular opinion” section…

1. Top Ten Quotes: The Power of Moments The most-read post of 2018 isn’t even my words, and I ain’t even mad. Chip and Dan Heath’s newest book deserves all the clicks.

Thank you for being a reader this year!