Yes, Your Parking Team Really Does Make a Difference. 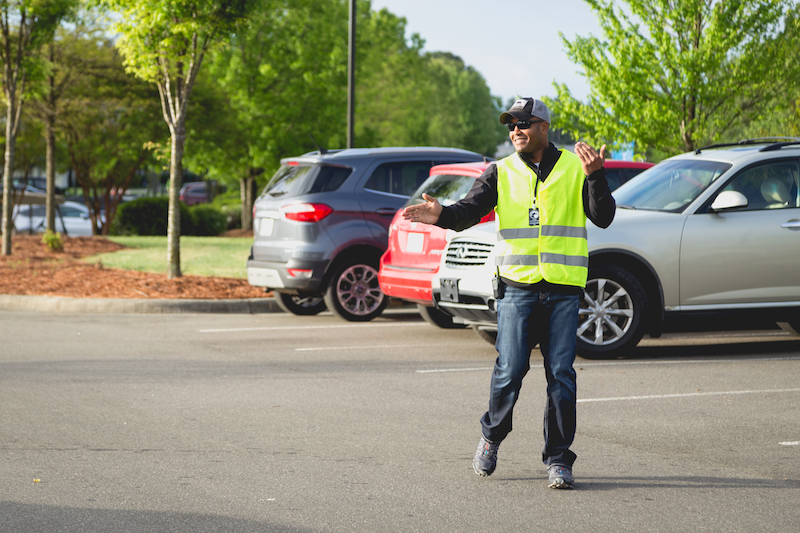 I fly a decent amount. I’m not a triple-platinum black-diamond cardholder magic global miles member of any airline, and I’ve only been bumped to first class once in my life. And that one time, I was on a puddle jumper 40 minute flight, so “first class” meant “front row” and my first-class perk was a first-class miniature bottle of first-class Dasani water and I think an extra first-class bag of first-class pretzels, and even though it wasn’t really a first-class experience, it still made me anxious to get it all right and I wasn’t sure what to do with my hands.

But I digress. The start of an early travel day is always a predictable experience: set an alarm. Set a backup alarm. Ask your wife to set another backup alarm and punch you in the way only a wife who gets to sleep later while you’re getting up to catch a flight can do. Check your packing list one more time. Drive to the airport. Find a parking spot. Get to know the good folks at TSA. Find out your flight has been delayed. Lather. Rinse. Repeat.

For me, one of the more stressful parts is the “find a parking spot” step. If I’m going to be gone more than four days, it makes the most financial sense to get a Lyft to the airport. Four days or less, parking in one of the airport’s economy remote lots works fine. But if it’s a “there and back” flight on the same day, I go for broke and park in the deck next to the terminal, exactly the way that the 1% (like Oprah or the guy who invented Trader Joe’s Cookie Butter) would do.

The wealthy, super-elite, next-to-the-terminal parking deck is what I was pulling into a couple of months ago at around 4:30 am. I’d woken up to the alarm and gone through my packing list, and I was downright morose about a potential TSA patdown. So when I pulled into the deck, what I experienced threw off my momentum a bit:

My local airport had a parking team.

This was a new phenomenon, and one I’d never seen before. At each level there was someone either directing me into their domain or sending me up to another deck. And once I got to the open deck, it was a seamless series of handoffs from one team member to another until I found my spot.

I didn’t have to waste time scoping out a deck that was full.

I didn’t have to drive aisle-by-aisle, hoping to catch a lucky break.

I didn’t have to rev my engine in a threatening manner to scare off the ne’er-do-well that was trying to beat me into a spot.

Here’s the thing: the parking team actually placed me about as far away as I could get and still be physically in the garage. But because they took away all the stress of finding the spot, I didn’t mind walking from the spot one little bit.

I don’t know how much that parking team is costing my airport. I’ve pulled into that garage at other times during the day, and have never seen them past the wee hours of the morning. I don’t know if they’ve done a cost-benefit analysis on the pros and cons of having a team.

But for me, it made a difference. It took a bit of stress out of my morning. It wowed me as something that was outside the norm. And it reset the trajectory of my day.

When guests show up at your church, do they need a parking team? Maybe not. Maybe you have enough spots that your guests can (and should) fend for themselves. Maybe you don’t have enough spots, but still…it’s not your problem because malls and hospitals and downtown businesses don’t have a parking team and your people can (and should) figure it out.

But I believe that outside volunteers set the tone for what’s to come. I think they make a difference. And I think that little “extra” is worth considering.

Now if you’ll excuse me, I have to get back to my first-class pretzels.