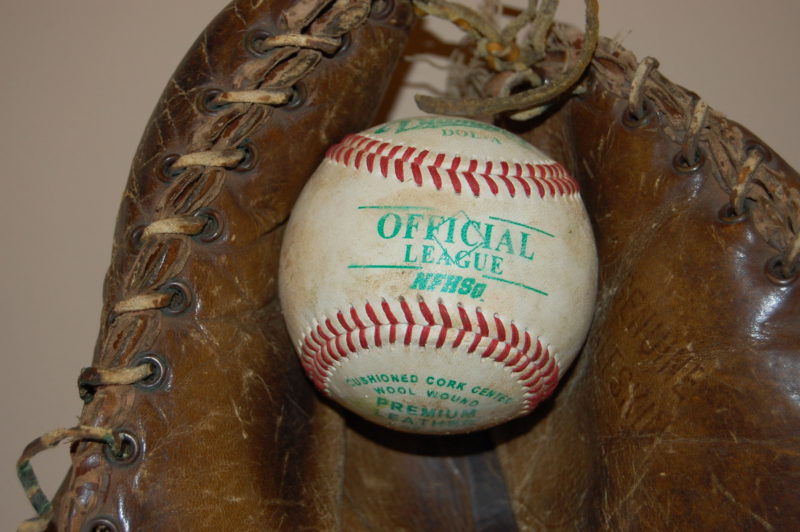 You’re looking at what’s known as a Game Ball.  Apparently, a Game Ball is a time-honored tradition in athletic circles, given to a select player in order to commemorate a special game.

I don’t think Game Balls were around back when I played soccer and baseball in elementary school.  Or at least if there were, I never saw them.  Now if the coach had handed out Game Sore Buttocks (because I spent 90% of the time on the bench) or Game Boogers (because the other 10% of the time was spent standing in right field picking my nose), then I would have a mantel full of treasures to display.

Although, to be honest, they would be quite the gross collection of treasures, wouldn’t they?

I digress.  This particular Game Ball was acquired by my number one son, Jacob, who made the middle school team this year with kids who I should mention are roughly 78 times bigger than him.  But dang it, he made the team.

In Tuesday’s game, Jacob started as second baseman, and then finally made it up to bat during the very last inning.  (Never mind it was a shutout game and his team was 16 points ahead.  I know where they keep the bats so if you know what’s good for you you’ll keep your thoughts to yourself.)

My son…MY son gets up to the plate.  I begin to pray and fast.  One ball…one strike…another ball…a foul…and then a line drive to the outfield.  He makes it to first.  I breathe for the first time in two minutes.

After the game, the coach came up and told him, “Hey kid, it’s not every day you get your first hit in a middle school game.  Good job.”  And then he threw the ball to him.

So I’d just like to say to Coach Lavon Bevels of Team Fafnir back in ’83: your hard work finally paid off.  A Franks boy made good on the field.  Now can you please mail me my Game Booger?  Our mantel is unbalanced.

(In case you’re wondering, no, that’s not Jacob’s glove.  That’s Gaston’s grandaddy’s ball glove from the 30’s.  It has a family of geriatric moths living in it, and he charged me twenty bucks to put it in the picture.  Or just let me borrow it for free.  I don’t remember.)