Guarding Against the Grumbling 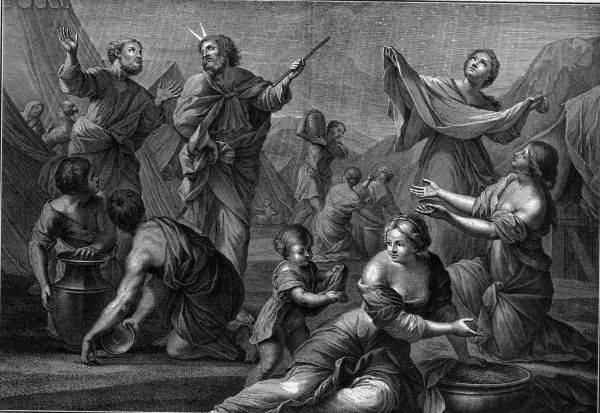 I’ve been hanging out a lot in Exodus lately, which is undoubtedly one of my favorite books of the Bible. Behind 1 Timothy. But ahead of Malachi. Maybe tied with Genesis. Definitely more attention grabbing than Leviticus.

I love Exodus because of the narrative, the drama, the view of a sovereign God who would stop at nothing to direct the hand of a Pharoah and the feet of a nation. I love it because of the rich history that’s unpacked around God’s chosen people. I love it because I hear Charlton Heston’s voice every time Moses speaks, and Steve Martin’s voice every time the Egyptian magicians throw down.

But what I read this morning was a great reminder for me, and maybe a great one for you. Picture it: the Hebrews are exactly 27 minutes on the outskirts of Egypt. Their feet hurt. Their stomachs are growling. One of them realized he forgot his phone charger back in Cairo. And the grumbling began:

“What have you done to us in bringing us out of Egypt? Is not this what we said to you in Egypt: ‘Leave us alone that we may serve the Egyptians’? For it would have been better for us to serve the Egyptians than to die in the wilderness.” (Exodus 14:11-12)

When they came to Marah, they could not drink the water of Marah because it was bitter; therefore it was named Marah. And the people grumbled against Moses, saying, “What shall we drink?” (15:23-24)

“Would that we had died by the hand of the Lord in the land of Egypt, when we sat by the meat pots and ate bread to the full, for you have brought us out into this wilderness to kill this whole assembly with hunger.” (16:3)

Fear. Thirst. Hunger. Those three things and more were the perfect recipe for the Hebrews to get their bathrobes in a wad and start to speak out against their leadership.

And Moses felt that burden.

And so do you.

I have friends in the ministry who have been on the receiving end of the grumbling for years. I know guys who found themselves without a job because they made risky ministry decisions like moving the announcements to the end of the service, installing a video projector in the auditorium, or (gasp!) encouraging the church to share the gospel in their community. I realize that here at the Summit, we are privileged to enjoy a surprisingly grumble-free zone. But I know many of you don’t.

So you need to hear what Moses said. This is what I read this morning. And this is what I hope will be an encouragement to you:

“…the Lord has heard your grumbling that you grumble against him—what are we? Your grumbling is not against us but against the Lord.” (16:8)

Your grumbling is not against us.

Oh, it feels like it. It feels like that deacon or that Sunday School teacher or that charter member will never allow you to lead. But they’re not grumbling against you.

It feels like the mom of that 7th grader or the WMU president or the disgruntled choir director wants your head on a platter. But they’re not grumbling against you.

It’s his battle. Not yours.