The Bus Is Coming 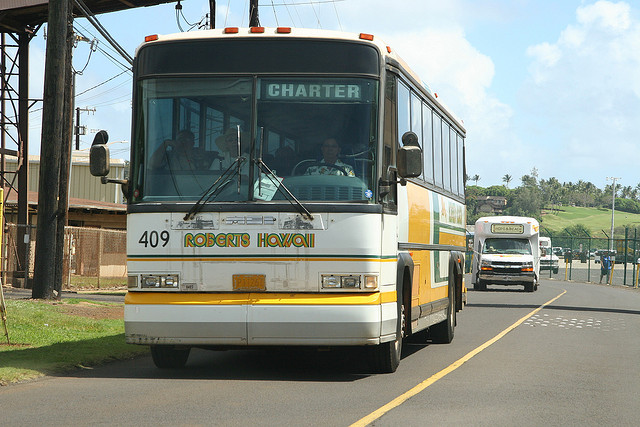 I wouldn’t have believed it if I didn’t have two dozen witnesses.

I was at a lunch last weekend with my two oldest sons and a small army of friends from our First Impressions Team. We were at a local fast food joint on Sunday afternoon at about 1:30, recapping the day and making plans for the weeks ahead. I was engrossed in the conversation and didn’t notice the bus at first, but one of my boys did.

It was a charter bus, obviously carrying a sports team from a college in Somewheresville, USA. They had wandered off I-40 in search of lunch, and stopped at the one where we were eating, roughly a mile from the interstate exit.

According to my son and a few members of our First Impressions Team, a couple of folks behind the counter got a nervous look in their eyes as they spotted the bus. Then the team’s advance scout hopped off the bus, stepped into the restaurant, and grinned, “Can you handle a bus full?”

It wasn’t a question as much as it was a heads up. The guy was trying to be polite and let the manager know that their profit margin was about to be nicely padded on an otherwise slow Sunday afternoon.

But the guy’s heads up got an answer instead. A very firm answer. And it was one that surprised all of us:

No, we can’t handle your bus.

No, we weren’t prepared for you. We turned on the lights and opened the doors and fired up the grill, but you’ll have to go somewhere else. We’re open for business, but not necessarily that much business.

And with that, an entire charter bus full of hungry athletes was sent out to find an alternative lunch spot. My meal was just north of six bucks. If you multiply that by a 60 passenger bus, that’s nearly $400 that also drove out of the parking lot. But beyond the financial cost, that “no” spoke volumes of the restaurant’s preparation and their ability to serve people.

The point is, they had to know the bus was coming. Maybe not that bus, but a bus. On some day in their operating calendar, they had to know that a charter bus would pull up and they’d have to implement plan B. All hands on deck, fire up the extra fryer, open up an extra register, ask a couple of people to work a few minutes of overtime.

And yet, they weren’t.

And our churches aren’t either.

On the weekend, what’s your bus? What is the thing that you know is coming, that you should be prepared for, but you never are? Is it the fall attendance surge? The monsoon Sunday when the parking lot turns into a swimming pool? The icy sidewalks on the first snow of December? What are the things that you’ve experienced before, but haven’t allowed experience to teach you?

The bus is coming. What are you doing to accommodate it?