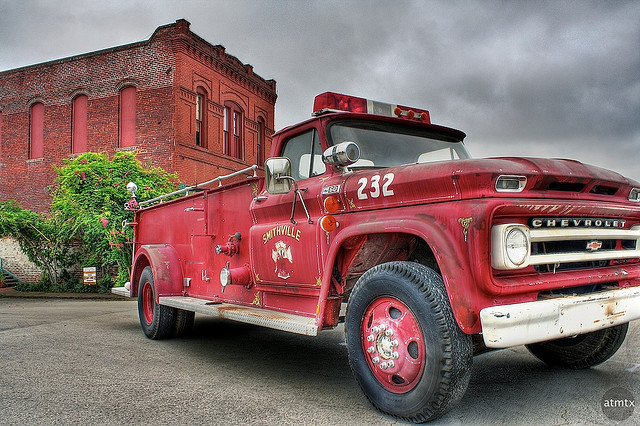 This weekend our pastor told a story that’s worth repeating. (It’s also worth repeating that he thought it was a story worth repeating, since he said he heard it from “a pastor friend.” No word on who that friend is, but my money is on Chandler, Platt, or Yoda.)

Imagine for a moment that you’re a part of a fire department’s engine company: you’re the guys who slide down the pole and hop on the truck whenever the alarm goes out. And imagine that I ask you to define your job. You might say:

And while you’d be technically correct, you couldn’t be more wrong. There’s a huge difference between task and mission: although your task is to drive a truck or stretch a hose or extend a ladder or flip a switch, your mission is to put out fires.  And if you forget that, disaster ensues.

We face the same things on volunteer teams every weekend. “Hey volunteer, what’s your job?”

And while those volunteers would be right, they couldn’t be more wrong. Because while their task is to stand at a door or park a car or seat a rear, their mission is to smooth the road that leads to the gospel. They leverage their skills for the sake of the kingdom. The point of their gifts is to point people to Jesus.