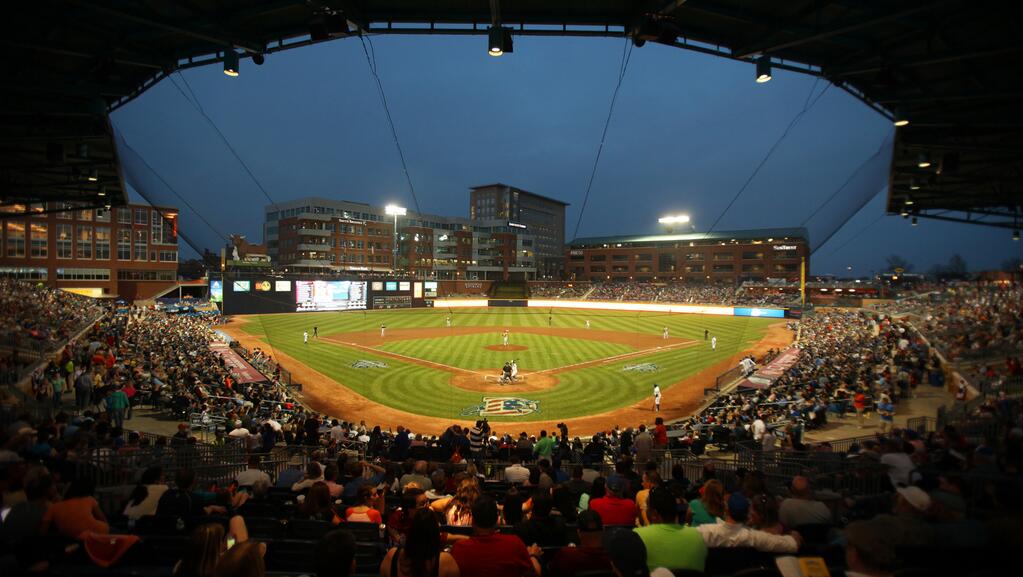 My adopted hometown of Durham, North Carolina is known for a lot of things: we’re the City of Medicine. We’re historically a tobacco town (because smoking and medicine go great together). We’re the home of Duke basketball. And we have a grilled cheese food truck (your move, Charlotte).

That’s why I was so excited to see them come to the end of a recent 20 million dollar renovation. The goal was for them to finish prior to opening day last Thursday, but that’s not exactly what happened. While the game went on as planned, there were hiccups across the board: concessions weren’t up to par. Construction wasn’t finished. Credit card machines were down. Their pets’ heads were falling off.

As an event guy, I get it. I appreciate it. Stuff happens, and sometimes that stuff is out of your control. Durham faced an insane winter that kept construction from happening on time. And by the way: I’m glad to know we’re not the only ones who see deadlines flash past us no matter how hard we work. It happens to the best folks out there.

On opening night, I genuinely felt bad for the Bulls’ organization as I saw the critics take to Twitter to highlight their first world problems: You ran out of fresh-squeezed lemonade! I had to stand in a line longer than the foot-long corn dog I was standing in line to buy! Your credit card machines wouldn’t allow me to go into debt for a beer!

But I digress. I was thrilled to see the way that the Bulls’ General Manager Mike Birling handled the situation. The following day, Birling sent an email to all ticket holders. He didn’t spin it, he didn’t defend it, he just owned up to the fail and told fans what he was going to do to make things right. 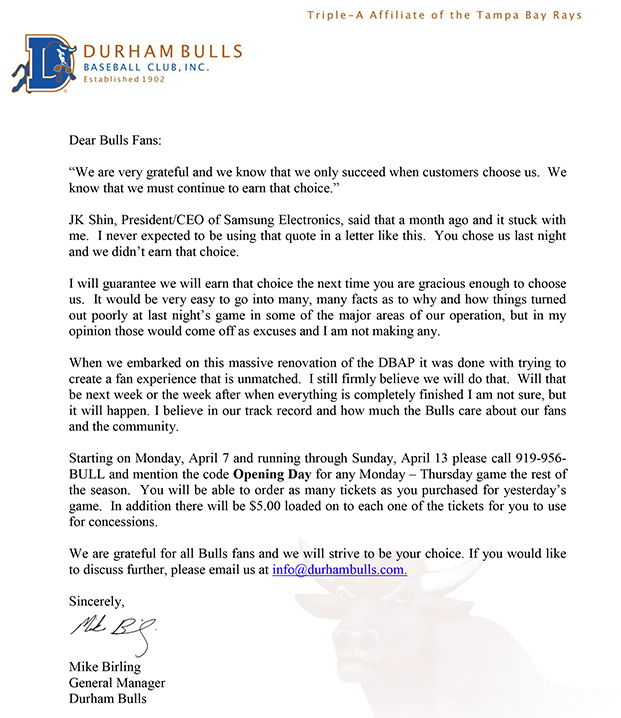 You can ignore it. You can chalk it up to “just one of those things.” You can tell people to suck it up and stop being consumers. Or you can take a cue from Mike Birling: own it. Apologize for it. And tell what you’re doing to fix it.

That’s one way to hit it out of the park.