From Death to Life 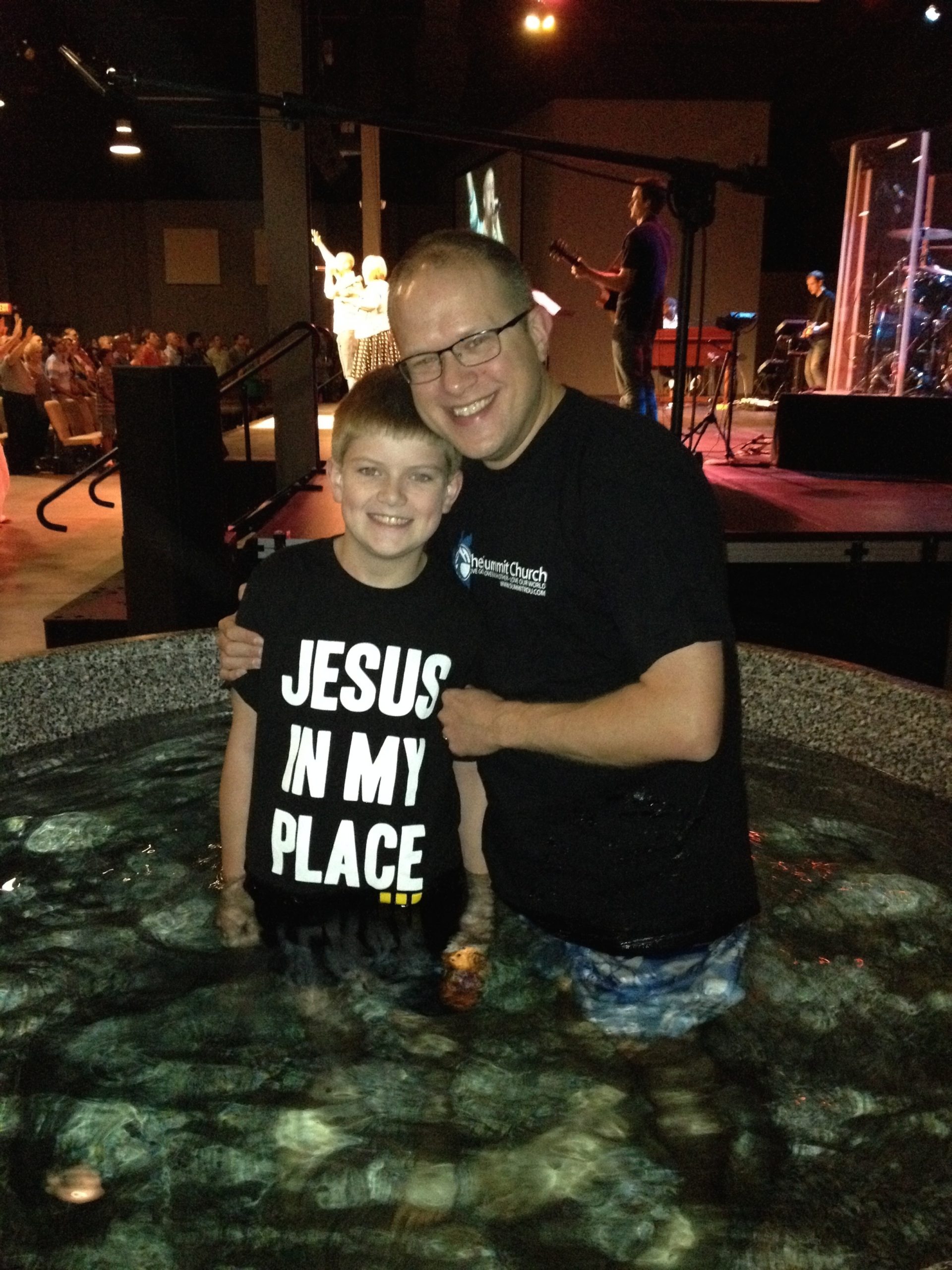 As weekends go, this one was huge.

We celebrated my oldest son’s high school graduation on Friday, and my dad’s 75th birthday on Sunday. Both are big milestones. Both were worthy of a big hoo-rah party.

But in the larger economy, neither of those compared to the celebration of my youngest son’s baptism. The first two marked achievements in this life. The latter tipped the scale towards another life.

Jase became a believer a little over two years ago when he was just nine years old. At the time, the notion of baptism freaked him out. Getting drenched in a room full of people? Not his thing. And so, we talked about it. Encouraged him towards it. Helped explain the obedience of it. And finally, the decision became his, not ours.

Sunday, of course, was not the day Jase became a Christ follower. But it pointed to that day in a big, loud, public way. It was a chance for his church family to celebrate what his earthly family had already been celebrating.

And my, what a celebration it was.

I had the amazing privilege of baptizing my 12 year old son as my brother. My tears mingled with the water in the tank. He was able to proclaim his faith in Jesus, his belief in him and him alone for salvation, and his promise to go wherever Jesus may send him in the future.

Evangelicals are fond of saying that they want their kids to have boring testimonies. I’ve said it, too. What we mean by that is we want to see our kids come to Jesus early…not wandering through life sowing wild oats before “settling down” in the faith.

But every testimony is far from boring, because ultimately our story isn’t about what we’ve done or not done. It’s about what Jesus has done for us. Jesus – perfect, sinless, righteous Jesus – took on the sins of a nine year old and exchanged them for his own holiness. Jesus – fully divine, fully human Jesus – gives a forty year old father the ability to rise and walk another day. It’s not about the worthiness of my son or the worthiness he sees in his daddy, it’s about the worthiness we both see in Jesus.

Boring testimony? Nope. Recognizing the miracle that is offered to us through salvation is anything but boring. Merriem and I recognize that just because our kids grow up in a Christian home doesn’t mean that they’ll be Christians. We understand that regardless of what we do (or sadly, what we more often don’t do) to point them to Jesus, it’s still the work of Jesus. It’s still his sacrifice. It’s still his mercy. It’s still his Spirit that draws us.

I’m thankful that 3/4 of our kids have placed their faith in Jesus. I’m praying that our youngest will come to that knowledge early. And I’m hopeful that at the end of the weekend, we weren’t celebrating the baptism of Jase.

We were celebrating the finished work of Jesus.