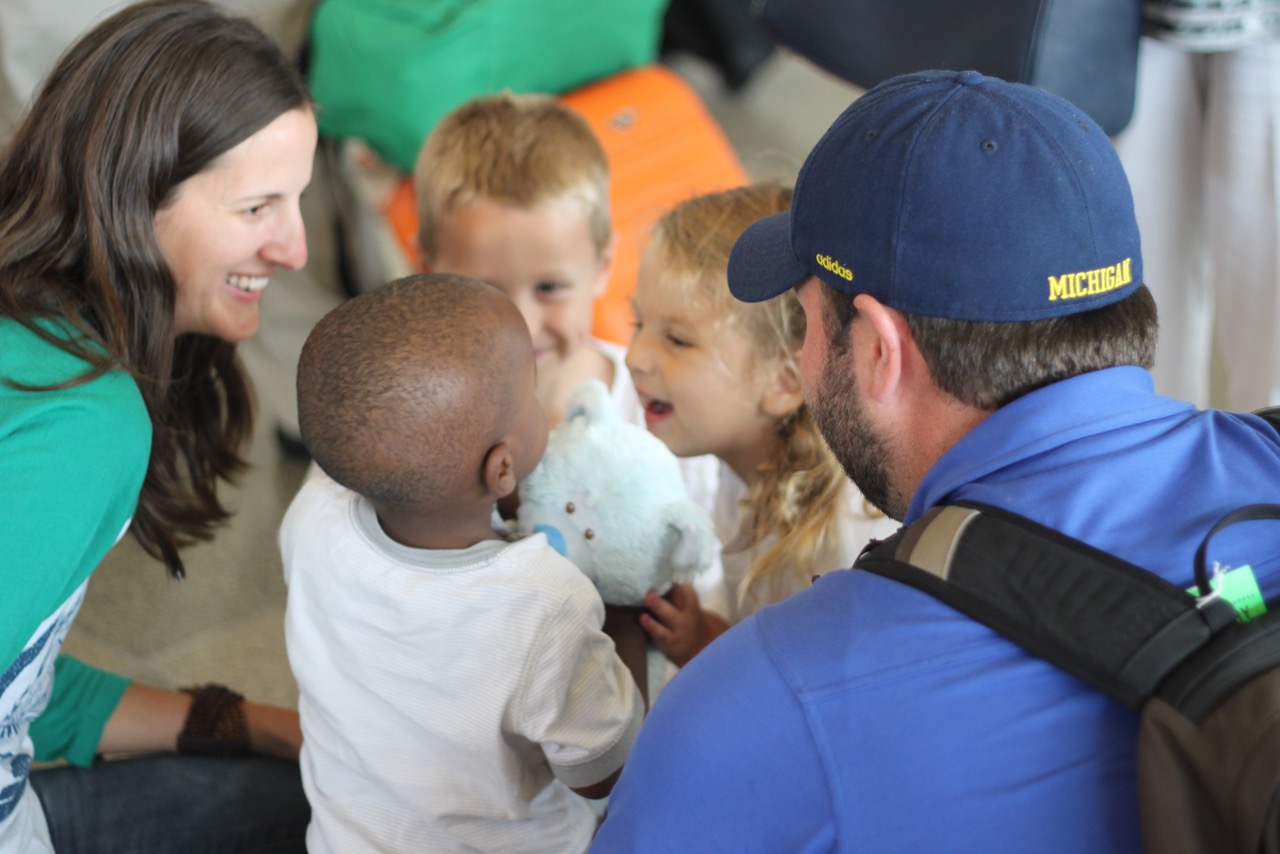 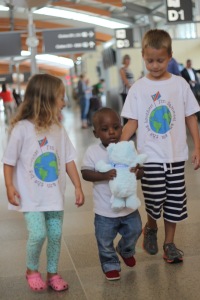 A year ago today, I wrote a post titled Whatever It Takes: A Love Story. It was the account of my dear friends Ryan and Morgan, and their ongoing quest to bring their adopted son Charlie home from Africa. It was a fight that went on for almost two years and pitted them against missing paperwork, corrupt government officials, broken-beyond-repair social systems, all built on the underpinning of pure spiritual warfare.

Literally thousands of people around the globe interceded on behalf of their family. Letters were written, phone calls were made, and prayers were offered up for Ryan, Morgan, and many other couples who were waiting on children who were stuck. The entire process was an exercise in desperate faith for our church. We knew what should be was in direct conflict with what was. And honestly, thousands of prayers and hundreds of thousands of tears seemed to be going nowhere.

Where was our good God in the middle of our great pain, fear, and doubt?

For me, there came a point where I wasn’t sure what to say: to my God or my friends. Many others were in that same boat. But the beauty of the church is that even though we don’t always know what to say, we know how to be. We can be the body to our friends. We can be present, to mourn with those who mourn. We can be hurting alongside them, even when the words won’t come.

Even when God is still silent and their son still isn’t home.

During their journey, the Lord pointed Ryan to Exodus 15, the “song of Moses” that he taught to the Israelites after they safely crossed the Red Sea. They had just escaped the murderous wrath of Pharaoh, the one man on earth that – until that point – stood between them and the Promised Land. Thankfully, God stood between the Israelites and Pharaoh. Moses’ song said, in part,

I will sing to the Lord, for he has triumphed gloriously;

the horse and his rider he has thrown into the sea.

The Lord is my strength and my song,

and he has become my salvation;

this is my God, and I will praise him,

my father’s God, and I will exalt him.

The Lord is a man of war;

the Lord is his name.

Our strength. Our song. Our salvation. Contrast that with a “man of war,” one who ended a king’s reign of terror so that his children could live freely.

In his perfect timing, God answered Ryan and Morgan’s prayers as they received a phone call from Africa. Their petitions and pleas had been heard. Paperwork was being processed and Charlie was coming home to be with his forever family. They threw some clothes in a bag and a few days later they were with their son. This wasn’t another trip that would end by leaving him in the hands of a foster family. No, this time Charlie would board a plane with his parents and be escorted to his new family and new home in a new country.

When Ryan, Morgan, and Charlie deplaned in the Raleigh Durham Airport, it was a homecoming celebration that had been entirely too long in coming. Banners and balloons and posters and cheers greeted them, and anyone else in the terminal had to wonder what all the fuss was about.

Beyond a little boy with a new family and parents who’d seen their mourning turn to joy, we knew.

We knew that it was not the efforts of Morgan or Ryan that brought Charlie home. It wasn’t the letters or emails or phone calls to congress. It wasn’t a sudden change in the heart of a foreign government official.

No, the Lord is a man of war. He sets captives free. Whether those captives are ancient Israelites or modern day orphans, he springs open the cell and calls them forth.

Ryan and Morgan and their kids are enjoying the spoils of war now. There is peace in the house. Months of weeping and uncertainty have turned into a season of pure joy with their children – all of their children – anticipating the coming of Christmas.

And just like the Lord rescued Charlie, he stands ready to rescue us. He remains a man of war, doing battle against our enemy in order to bring us to freedom. Whether Pharaoh or Lucifer, we have a rescuer who fights for us.

Truth be told, you may have lost your fight this Christmas season. You might be facing a dysfunctional family or an empty seat at the table, and perhaps you wonder if there is any reason to hope in the midst of the holiday.

There is hope. But not where we normally think to look. Rather than identifying hope as a wish come true or a relationship restored, Exodus 15 reminds us that the hope of Christmas comes from a baby who became a warrior. You don’t have to fight for hope, you just have to receive it. Just like Moses could do nothing to rescue himself from Pharaoh and the Dohertys could do nothing to release their son from Africa, you can do nothing to introduce lasting hope in your life.

Except for one thing: remember that the faithfulness of the Lord lasts from generation to generation. He brought his chosen people from captivity into freedom. He brought a fatherless orphan into a home and a family. And he can bring you grace in your greatest need.

Who is like you, O Lord, among the gods?

You have led in your steadfast love the people whom you have redeemed;

you have guided them by your strength to your holy abode.