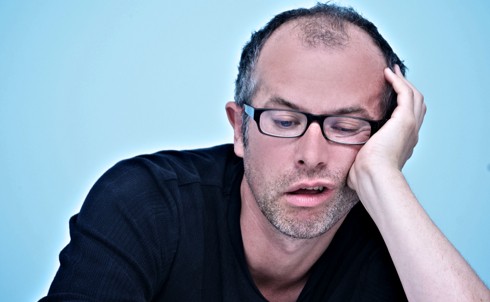 I’m enjoying some long-awaited downtime with my family this week. The following post originally appeared on April 23, 2009.

Anybody else have that cheer at your high school?  That might have been my second-to-least favorite cheer that our girls had, coming in only after “It’s hot, it’s hot, it’s hot in here…there must be a hawk in the atmosphere.”  Of course, I went to a very conservative Christian school and we couldn’t necessarily have Duke / Carolina-style cheers that included four letter words.  And we also couldn’t make fun of the Pope.*

From whence cometh this walk down memory lane?  Here’s my diatribe for the day: I believe that churches and fast food joints should be more aggressive.  Take, for example, Tuesday night.  On Tuesday night, my 13 year old and I walked into an artery-clogging establishment to get our grub on.  As you know if you’re a faithful reader of this blog, when I’m shaming a retail place I don’t name names because it’s not Christlike, plus I don’t want to be sued and end up living under I-85 eating Cheez Whiz out of a shoe.

Anyway, we were waited on by a shift manager, a lady who had apparently not been trained on the “new system,” because she couldn’t get our order right no matter how much she talked to the computer.  I got the wrong side, Jacob didn’t get his entire order, and we waited for about six minutes in an otherwise empty restaurant to get our food.

Once I got to the table and realized my side was wrong (No, I won’t tell you what I ordered.  Stop asking questions.), I walked back up to the register to see if I could make a trade.  Once there, I was treated to the backside of not one, not two, but three employees who were carrying on a conversation and had their backs to me.  I stood there for a full three minutes – not long if you’re blowing bubbles with chipmunks in a field of poppies, but a darn long time if your food is getting cold and you’ve already been waiting since the Reagan administration.  During this time, I had one other employee walk up to the front, look at me, and turn around and walk back.  I had another employee say the very bad “S” word (not shut up, the other very bad “S” word) in order to describe the wind blowing in from the drive through window.  Finally, a very nice person who I assume was the manager popped out of her office, made the trade, and I went back to the table a somewhat happy camper, mainly because I had something to blog about.

Here’s the point: whether it’s paying attention to your customer or to a guest at church, we simply must be more aggressive.  We can’t clump up in conversation groups.  We can’t assume that nobody needs nothin’.  We can’t pretend that because we’re satisfied, everyone else is satisfied.  We have to anticipate the need, and be aggressive in answering the need.

*True story.  Ask me about it sometime.