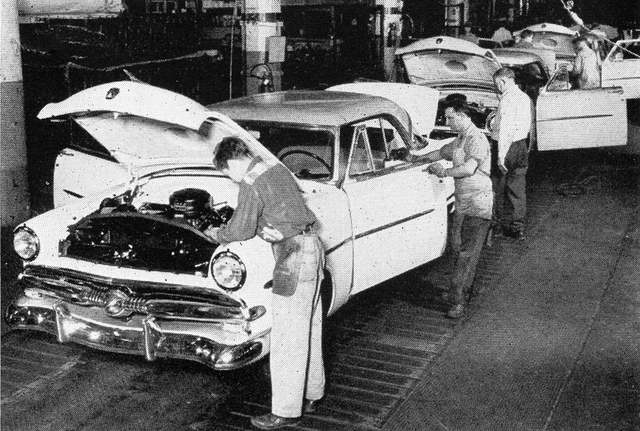 In his best-selling Creativity, Inc., Ed Catmull, President of Pixar Animation and Disney Animation, takes us through the incredible journey of building the world’s most loved (and most powerful) films. But it wasn’t the “story behind the stories” that most resonated with me. Rather, it was the story of assembly lines, and how reinventing them gave us classics like Toy Story 2. Catmull explains:

The mantra of mass production became: Keep the assembly line going, no matter what, because that was how you kept efficiency up and costs down. Lost time meant lost money. If a particular product in the chain was faulty, you pulled it off immediately, but you always kept the line rolling. To make sure the rest of the products were okay, you relied on quality-control inspectors. Hierarchy prevailed. Only upper managers were given the authority to halt the line.

But then an American statistician working in Japan challenged the status quo. W. Edwards Deming believed there was a better way. He believed that “the responsibility for finding and fixing problems should be assigned to every employee, from the most senior manager to the lowliest person on the production line.”

So, what does this have to do with Pixar movies?

The brief version is that in the early days of Pixar, Disney was a majority financier. They provided piles of cash and lots of ideas / requests / directives, and Pixar produced movies. One of those “requests” was that Toy Story 2 be produced as a direct-to-DVD movie. Translated: lower budget. Less-talented creative team. Hollow story. Flop. (Think of every direct-to-DVD Disney movie you’ve ever seen and you get the idea. Fox and the Hound 2, anyone?)

But because of the Pixar’s team belief in Deming’s “anyone can stop the assembly line” principles, some lower level employees sounded the alarm. Upper management listened, agreed, and dug in their heels. Disney relented. And we were given the high-quality storyline that introduced us to Jessie, Tour Guide Barbie, Al of Al’s Toy Barn, and Stinky Pete.

So, what does this have to do with your church and your team?

I’ve traveled a long and winding animated assembly line road to ask you a question: what kind of “stop the assembly line” authority do you give to your entry level volunteers? Do you expect vols to toe the line and do what they’re told? Do you hand them a job description and a to do list and tell them to get to work? Or are your vols empowered and equipped to engage the process, point out systemic flaws, and come up with creative solutions?

You don’t have to ask permission to take responsibility. – Ed Catmull, Creativity, Inc.

You will always have some volunteers who are willing to show up and assemble widgets on the production line. But a growing number want to exercise the creative gifts that God has given them. They’re not as interested in punching a time card as they are building the kingdom. What specific steps are you taking to give them the responsibility to do that?