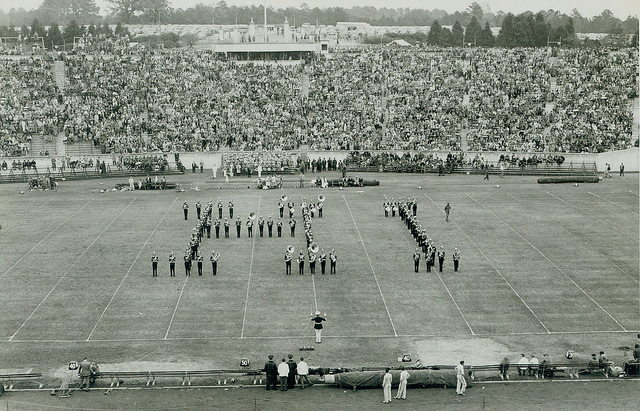 It’s football season. Which – for my wife – means one thing:

That’s right. Merriem is a marching band gal from way back. Football season means she gets to gleefully anticipate the halftime show so she can catch a glimpse of her younger counterparts in action. And what ESPN fails to show her, she gets on YouTube.

Even last night, she was watching archival early 90’s footage from a rival high school. She was explaining to me how they were among the best of the best, because they…I don’t know…marched. While playing. Or something like that. (I’m neither musical nor march-ready. I don’t get it.)

But here’s what I appreciate about the marching band’s musical expertise, flawless choreography, and halftime wow factor: not all leadership is on the field.