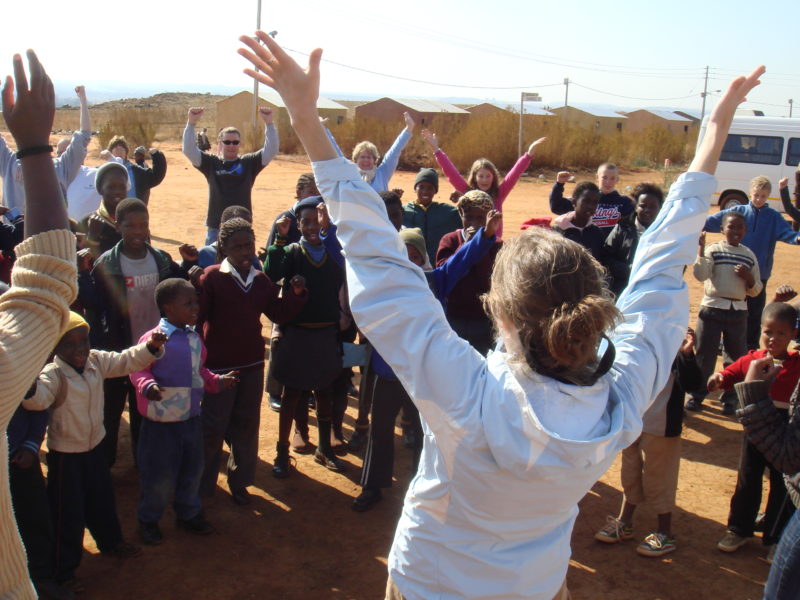 Amber Lunn was the mysterious college student when my wife and I first started attending the Summit.  At the time, my brother-in-law and I were rocking the college Bible study with a whopping eight students (but that was four times as many as J.D. had when he was college pastor, so back off).  People kept telling us about the girl named Lunn…apparently an NCSU horticultural wunderkind that tempted and taunted this volunteer leader with her constant absence.  I would hear statements like, “If you can get Amber roped into your Bible study, watch out.  She’ll have half of NCSU here within a week.”

Chalk it up to my non-magnetism as a college leader or Amber’s propensity to sleep late on Sundays or the eventual lure of children’s ministry, but that strategic partnership never happened.  What did happen is that Amber, an almost-grew-up-here Summiteer, started working with kids, then was hired as an intern, then an associate, and then ran the whole shootin’ match for almost a year while we were without a full-time children’s director.  There’s no children’s ministry project she can’t lead, no game she can’t pull out of her back pocket, no kid that can escape the personality magnet known as Lunn the Fun.

Merriem and I have long considered Amber part of our family.  She regularly makes the trek to our house to hang out with the whole family or to graciously give us a night away while she entertains our kids with her presence.  My kids love her, even though the older two tease her by refusing to admit it.  I think Jase would marry her if she’d wait around on him for … oh … twenty years.

Today Amber begins the long journey to South Africa, which is where her heart has resided since her first trip there years ago.  She and Rachel Jensen (another former staffer) are going to be joining our church planting team already on the ground there as they carry the gospel to a city that is spiritually dark.

Amber’s excited.  We’re excited for her.  And as much as we hate to see her go, we know that such is the animal that we call the Summit Church.  We’re not here to get bigger and bigger and absorb everything around us, but to send people out.  A stint in South Africa will do little to pad Amber’s resume’ or her savings account.  But that’s not the reason she’s doing it.  Amber is happiest when she’s helping kids know more about Jesus, and the kids of South Africa have had her wrapped around their precious little fingers for a long time now.

Amber will still be around for a little while as she completes her stateside training.  We’ll have an opportunity to commission her and say a final goodbye this summer.  And you can keep up with her adventures on her brand new blog.  (I’ll withhold my “I told you so” comment to the girl who once basically told me that blogs are evil.  Welcome to the blogosphere, Lunn.)