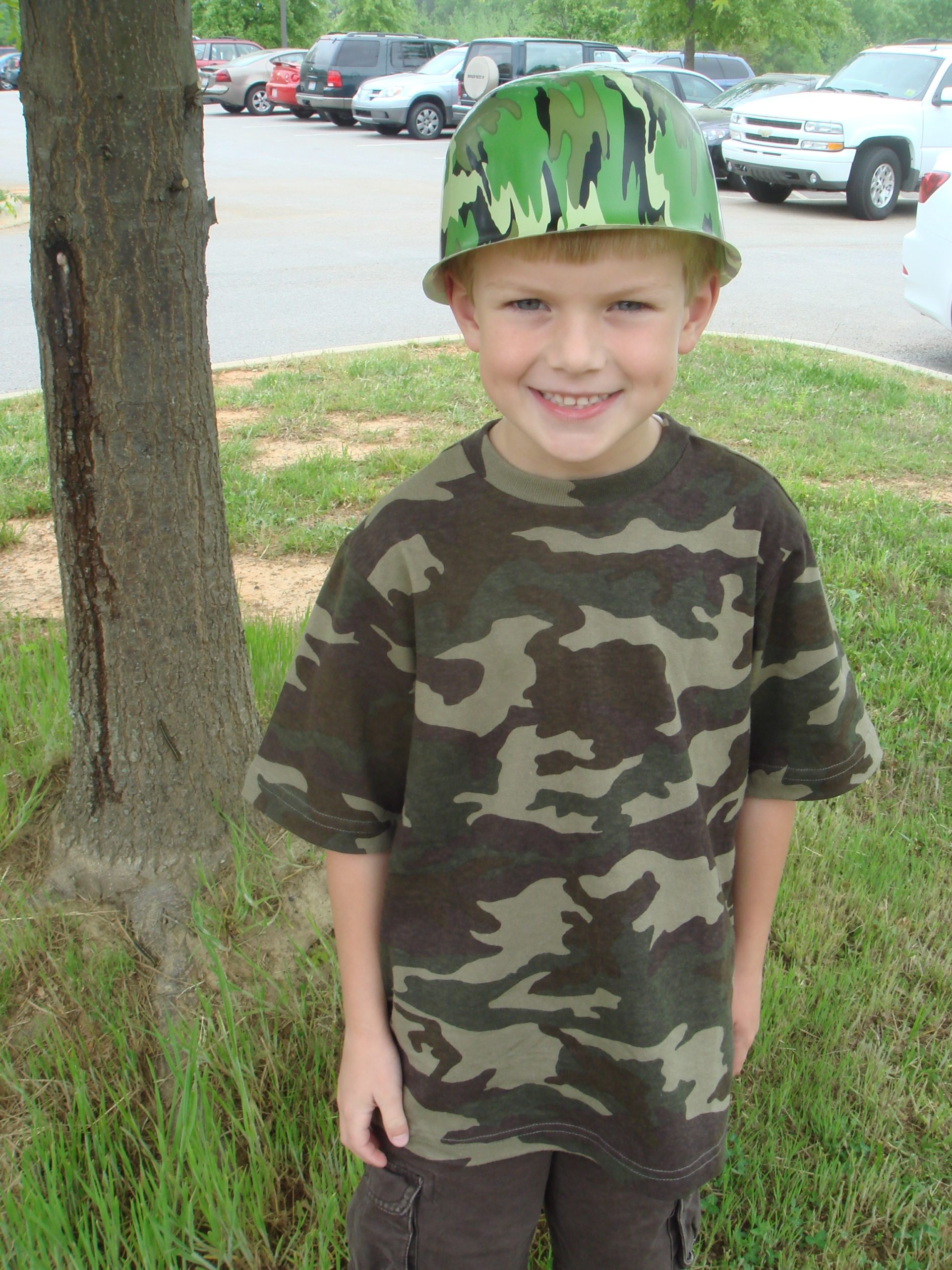 Let me introduce you to Jase. He’s an army ant. You can tell he’s an army ant because he’s wearing a camouflage shirt a plastic helmet that’s approximately 1/16th of an inch thick and can deflect marshmallows launched at speeds of up to twelve feet per hour.

Jase the army ant was one of the stars of an off-off-off Broadway hit called Bugz, or something like that. It was the classic tale of good versus evil, of love found and then lost, of egg salad sandwiches that have gone bad and threaten to sicken hundreds at a picnic.

Elementary school plays are downright awesome. Where else can you combine incredibly bad acting, incredibly bad music, an incredibly bad sound system, and an incredibly bad plot, yet have hundreds of parents beating each other over the head with a camera tripod just to get a good view of their kid’s shining moment? You know, the shining moment where the kid is supposed to deliver a key piece of dialogue, but instead all the camcorder picks up is the kid eating their own booger.

The other common theme is the Ending Song. In the Ending Song, the reindeer and Rudolph and puppies and kittens and dragonflies and stinkbugs all join hands and sing about how diversity makes us one and even though we are different we’re all just the same and maybe we should just accept the neo-occultish evolutionary Wiccan propaganda that the school system is spewing out.

Um…okay, the song actually doesn’t say that last part. But it probably will very, very soon.

I’m just glad I have an army ant of my own to fight for me when that time comes.