Dancing with the Elephant: Debrief the Event 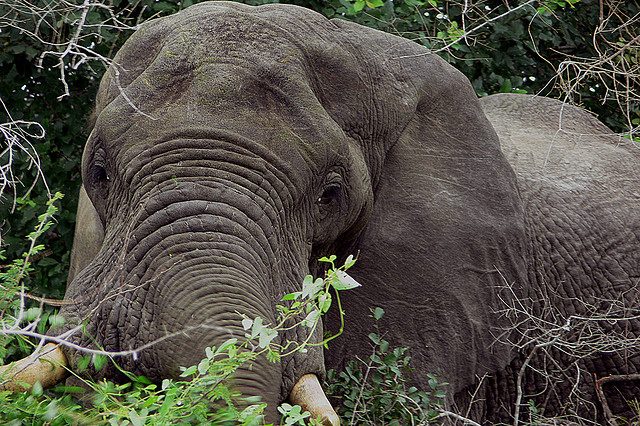 We’re wrapping up a three-day series called Dancing with the Elephant, where logistical nerds cackle with glee about how to pull off a large scale event in the guest services realm. Never fear, non-logistical nerds: we’ll have a better day for you tomorrow (spoiler: SIGN FLIPPING). You can catch up on the earlier posts here and here.

All of your pre-planning and preparation will ultimately go to waste if you don’t spend some time after the event thinking through and talking about what went well and what didn’t. Here are a few things that will help that process:

After Action Reports: for years now, I’ve kept an AAR for most of the events that I’ve been a part of. It’s a digital file or a physical folder where I keep notes about best practices, actual timelines, random to-do lists, and other things that we didn’t have a contingency for going into the event. And it’s a file that I refer back to when we’re doing the same event or something similar. Some of the items in the AAR make their way in there before the event even begins. It’s those emergencies that pop up in the last two days before the event that remind me what I need to plan for the next time. But most of the AAR happens in a 15 minute self-debrief once the event is over: what worked? What bombed? What could I have delegated? What “wow” could we add next time?

FI Team / Volunteer Feedback: on the last night of Christmas at DPAC, I sent all of our team leaders a quick email, thanking them for serving and asking them to give me their version of the AAR. Because these men and women were on the front lines in the parking garages, on the sidewalks, and on the seating teams, they had a much better idea of what translated well from paper to practice. The best debriefing I get always comes from these emails. Those team leaders tell me exactly what can be tweaked to make the next event better (and inadvertently rope themselves into serving again). [Sample]

Group Debrief: next week, our entire DPAC planning team will sit down to talk through the event. Representatives from Worship, First Impressions, Production, Summit Kids, and Communication will all gather to hash out our individual AARs. We’ll talk about big picture things: were five services necessary? Was the timing right? Did we like the venue? And most importantly: how do we get started for next year?

Show Your Gratitude: part of every event’s follow up needs to include a huge thank you to volunteers. I scheduled time on the last night of DPAC to email a thank you, prior to heading home on Christmas Eve, prior to getting caught up in my post-Christmas coma. That thank you is a non-negotiable: your volunteers were the catalyst to cause the event to happen; you need to be the conduit of gratitude to thank them for serving. [Sample]

Next Steps: in a completely separate email 1-2 weeks after the event, I usually send an invitation for new volunteers to become a regular part of the First Impressions Team. Every large scale event draws new people: they want to serve in some way, and signing up for a two hour stint seems like a reasonable request. But what many of these volunteers discover is that they actually love what they were asked to do. As a matter of fact, before I could even send the “Next Steps” email this time, I heard from a couple of volunteers asking how they could do more. Don’t miss the opportunity to turn connected people into committed people. [Sample]

So there you have it: define your win, develop your systems, and debrief the event. What about you? What strategy, system, or question would you add to this equation? I’d love to hear from you. Comment below…