Can Non-Members / Non-Believers Serve In The Church? 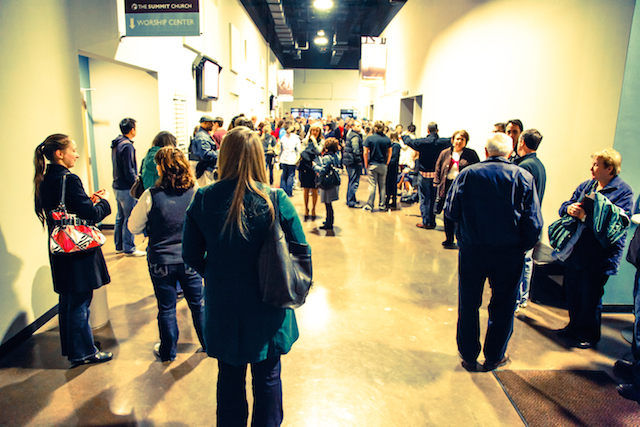 Once a month I get together with our Connections staff from all of our campuses. It’s a way-too-early discussion fueled by way-too-awful coffee that always yields way-too-awesome conversations. This morning was one of those.

The question of “who gets to serve?” was brought up. In other words, if an unbeliever comes to your church, should they be allowed to volunteer for various ministries? Or if a believer attends your church but have not yet submitted to membership, can they serve?

Although there are great and valid points on both sides of the issue, my opinion (and it is only that) is a resounding YES. Here’s why:

Are there potential pitfalls in allowing unbelievers or non-members to serve? In the words of that great theologian Sarah Palin, you betcha. Not everyone should have access everywhere. I don’t want a non-member serving as a host in a membership class. That seems sort of hypocritical. And while an unbeliever would absolutely be allowed to park cars, help people find seats, or set up and tear down, we’d obviously restrict them from leading a small group or taking on a team leadership role.

I think the bottom line in this discussion is that we allow unbelievers and non-members to serve with intentionality. And that intentionality comes from us more than it comes from them. If we maintain an “anybody can serve” mentality, then ministry leaders need to know the status of everyone on their team. Who’s not a believer? Who needs to (eventually) become a member? Regular audits of our team will keep us from being lulled into a false sense of security that our teams have “arrived.”