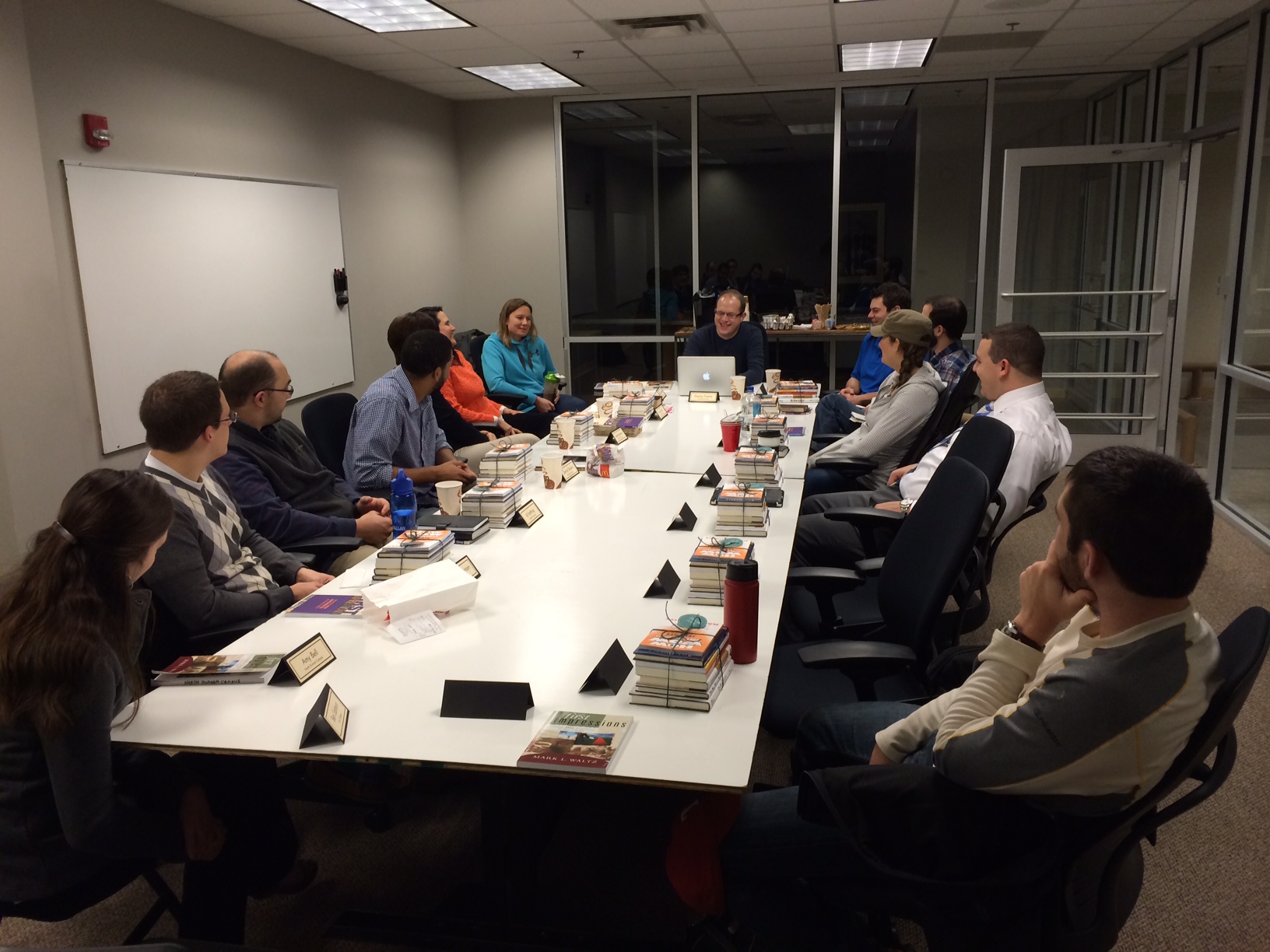 You’re looking at a picture of this morning’s kickoff of the 2014 Connections Cohort. To give some context, last year we started a monthly meeting of anyone who’s paid to to Connections Ministry at the Summit: full time, part time, interns, First Impressions, Starting Point, whatever…if they got a check, we met. We discussed guest services and assimilation philosophy, theory, best practices: you know, heady, nerdy stuff that would make the average mortal cry bitter tears (in between dozing off from boredom).

But as year one wrapped up, we decided that the collaboration didn’t need to stop there. So not only are the paid folk continuing to meet monthly, we started another group and invited 1-2 “high capacity volunteers” (HCVs) from these ministries at each campus. This group began a nine month journey this morning that will serve to infuse them with the guest services DNA of the Summit. They’re already great at their craft…now they’re going to move from practitioner to visionary.

But in the end, it’s going to be worth it. So worth it. Even this morning as I watched the room come alive with discussion and saw the lights come on in their minds, I knew that we’d just scratched the surface of what God could accomplish through a team of willing, humble, servant-hearted volunteers. As conversations went on and one “aha” moment catapulted into another, I knew that they were taking their weekend task to a newer, deeper level. They were learning not only what hospitality looks like from a corporate worship standpoint, but how that translates into their Monday through Friday lives as well.

Do you have a cohort? For years, I didn’t. For years, I received knowledge through books and mentoring and conferences and networks, but didn’t do anything to replicate that knowledge in others. But now I know what was missing. I know how I was squandering the things that God had generously shared with me. And by the way: lest you think that this is a 90 minute information dump where one guy lectures a room full of people, I was able to sit back this morning and listen to these incredibly wise men and women teach one another and learn from one another while I was able to learn from them. It was indeed the body being the body.

What does this look like in your context? Maybe you’re not a ministry leader, but you are a business leader. Who are you raising up? Maybe you won’t gather 17 people, but could you invite one to sit down over a cup of coffee and a good book? Where are you replicating the gifts God has given you?

I’d love to hear your model and where you’ve seen success. Comment below.