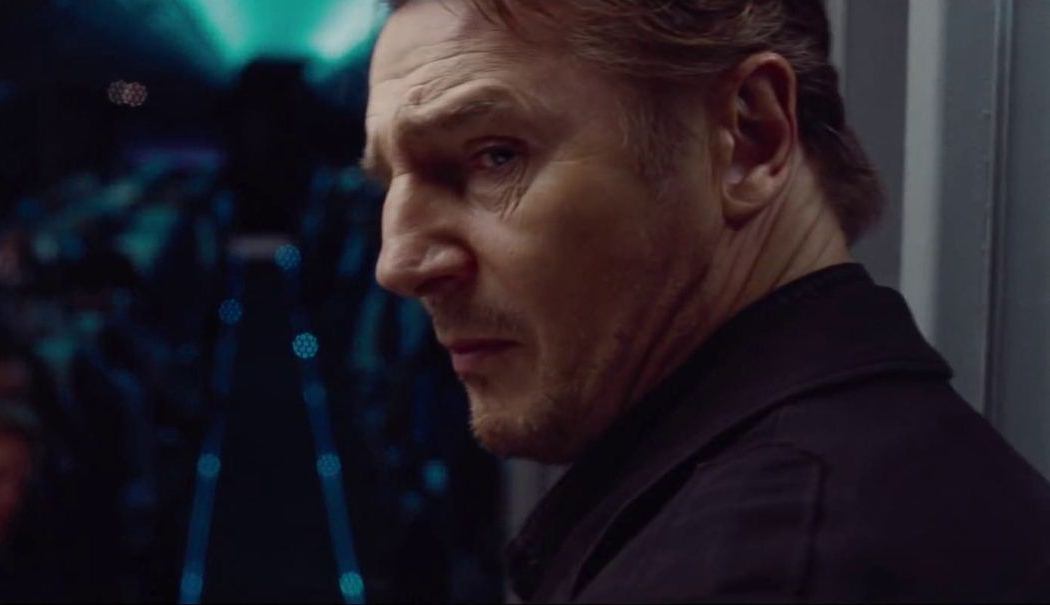 Warning: this post contains what the kids call “spoilers.” If you like your movies with a bit o’ suspense, you may wanna skip this one.

Last weekend part of the Franks family picked up Non Stop from our local Redbox. If you’re not familiar with this latest cinematic hit, it contains two great actors of non-American origin: Liam Neeson, best known for showing up in movies in order to bring sudden death to many people, and Lady Mary, best known for taking the summers off from Downton Abbey so she can be a flight attendant on Non Stop.

The movie started off pretty promising. There was a great premise: a U.S. air marshall is set up to look like he’s hijacking a plane. People die every 20 minutes (thank you Liam Neeson). Text messages keep coming to the air marshall’s phone. Lady Mary frowns and looks concerned a lot. And yet no one can figure out who’s behind the attack.

Eventually Liam Neeson kills enough people that the cast gets narrowed down to the real bad guy, but unfortunately the cocaine-enshrouded bomb is only minutes away from going off (I may have skipped a few major plot points). And then…

And then…the movie switched from being a decent summer semi-might-have-been-a-blockbuster-event to employing every awful action movie and romantic cliche that’s ever graced the silver screen. There’s a sweet moment with a scared little girl. A sudden drop in altitude which allows a gun to float before the hero at the exact right second. An emergency landing in which everything goes wrong: a wall rips out of the plane, the wheels collapse, the little girl is dangling by a seat belt…

It’s like the first hour and twenty minutes of the film was written by the Wachowski brothers, and the last fifteen was handed over to Nicholas Sparks. And at the end of it all, Merriem, Jacob, Austin, and I just looked at each other and said, “Huh?”

I’m afraid we have plenty of bad goodbyes in our weekend services. If we plan, we typically plan for the first few minutes: first time guest tent, greeters at the door, parkers in the lot, coffee at the bar. But what happens at the end? Do we plan for volunteers to be there as our guests are leaving? Do we plan for the goodbye? Do we keep the same momentum at the end of the service as we do at the beginning?

Do we start with The Matrix and end with The Notebook?

I’m not advocating for one particular style over another. To continue our analogy…if your service is an action movie, then keep it an action movie all the way through. But if you’re a sappy romantic sob story where somebody dies of a flesh eating disease and all the girls cry, then by all means see it through till the end.

Don’t start with one environment and end with another.

Don’t begin by making promises that the ending can’t capture.

Don’t welcome your guests one way and send them out in the other extreme.

Our guests deserve more than just a warm welcome. They deserve a great sendoff. They don’t need all your bells and whistles at the beginning and an abandoned lobby at the end. They don’t need an army of greeters at 9:00 and a ghost town at 10:30. Part of a good first impression is what happens last.

How do you send off your guests?