Is Your Church Ready for Mr. Freeze? 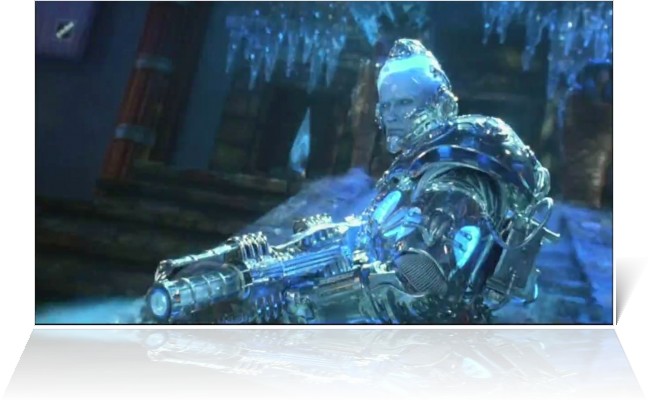 Nope, not the current atmospheric stuff we’re dealing with – the Polar Vortex that’s turning your greeting team into a bunch of volunteersicles. (Although, if you want to talk about how to keep ’em warm, may I suggest this heater we use at our First Time Guest tents.)

The “Mr. Freeze” I’m referring to is a real guy. Well, sort of a real guy. A real guy who is dressed up as a not-so-real gu…

Maybe I should explain.

Our Downtown Durham Campus meets at the historic Carolina Theatre. It’s at the heart of a growing arts district of our city, and it’s adjacent to the Durham Convention Center.

Which means that on any given Sunday, we could be attending church alongside a zombie apocalypse, in the middle of a food truck rodeo, or on the same weekend as the NC Gay & Lesbian Film Festival.

Except for this past weekend, which was NC Comicon.

If you’re not familiar with Comicons, they are gatherings of film, pop culture, superhero, and comic book enthusiasts who dress up as their favorite characters and trade obscure trivia with one another. (It’s the kind of thing that your grandpa would shake his head at and go back to watching PBS Newshour.)

So anyway, last Sunday the NC Comicon descended on the Durham Convention Center, which means that we had church folks parking and walking and interacting with Captain America and a few Stormtroopers and Dr. Who and…Mr. Freeze. You know, from Batman.

And it was that Mr. Freeze that just so happened to be a long-lost friend of one of our pastors. His interaction with our greeters impressed him so much that he went through the trouble of tracking Jason Gaston down via social media to deliver the following message:

Hi Jason. I find myself in weird places. This weekend I was in Durham at NC Comicon. I didn’t know Summit Church was right next door. I was dressed up as Mr. Freeze from Batman, so I looked super … awesome. But all the Summit greeters were super nice and helpful. I asked some of the other people (in full costume) how they perceived your outdoor greeters. I received positive comments about your greeters. Nice job. You have good greeters, who do a good job at greeting.

But it raises the question: are you prepared for Mr. Freeze? Is your volunteer team ready for when things don’t go quite as textbook as they’d hoped? When a Sunday morning falls outside the norm? When your parking lots and your volunteer placement and your strategic planning is impacted by events outside of your control?

You have two options in that moment: dig in your heels and demand your right to do your “church thing,” or seize the opportunity to extend kindness and grace to new friends you might not otherwise meet.

I believe that the gospel calls us to the latter. And I think it’s that kindness and grace – that tangible display of the gospel – that will make outsiders take notice and maybe take a step towards the message we say we believe.

That sort of kindness – while biblical – often isn’t the norm. But when it happens, it’ll melt the coldest hearts.

Even the heart of Mr. Freeze.