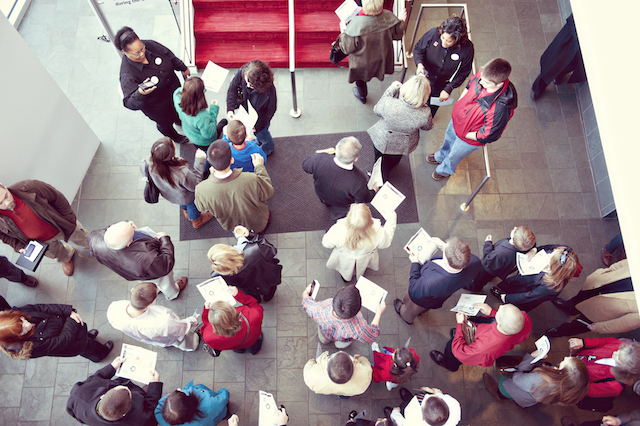 As I type, it’s the night before our third annual Christmas at DPAC services. For the next two days we’ll host five capacity crowds in downtown Durham. Between all of the set up, tear down, guest services teams, Summit Kids teams, prayer teams, food teams, caroling teams, production teams, you-name-it teams, we’ll have well over 1,000 people stepping up to serve in some way.

Think about it: we’re deep in December. The Christmas countdown can now be measured in hours. There is still shopping to do, gifts to wrap, meals to prepare, family to see, miles to drive. If there’s one thing that our volunteers don’t have the bandwidth to add, it’s this event. It would be understandable if we asked them to serve for five and a half minutes and then slip into the service. But no, they have to show up anywhere from two to four hours before the event, serve the entire event, and stick around after the event. For some of them, that can be nearly six hours of serving for just one service.

There was a crew that showed up yesterday on a foggy, drizzly, blustery Monday morning and stayed for hours unloading trucks and setting up rooms. There was a tech team that adjusted every knob and perfected every light way into the night on Monday. There is a band and worship leaders and speakers that have put in months’ worth of rehearsals to get ready. There are kids’ volunteers who have spent weeks preparing curriculum and buying goldfish.

The prayer team has prayed. The food team has ordered, shopped, strategized, and delivered. The guest services team has accounted for every parking spot and every seat and every step. And there are tons more people in lots more categories that I can’t even begin to name.

Yes, some of these are staff. In a sense, we have to be here. That’s not all that impressive. While I’d argue that most of us would do this even if we weren’t paid to show up, we’re still – in a sense – paid to show up.

If you’re one of our guests over the next couple of days, I need you to hear this: our vols don’t serve because they love the accolades or love the work, but because they love you. What they give up pales in what they gain when they see people connect with people, people taking a next step, and people moving closer to Jesus.

But don’t be misled: their real service means real sacrifice. Every minute they spend at DPAC is a minute away from family. Every ounce of energy they expend on guests is an ounce less they’ll have to expend on themselves on Christmas day. They’ll have to show up early, leave late, and be subjected to an ever-changing strategy and a constantly shifting plan.

I’m crazy grateful for our volunteers. There is no possible way an event like this would happen without them. And there’s no way I’d want to do it without them alongside me. They inspire me, challenge me, and encourage me like you can’t even fathom.

So as you arrive in downtown Durham over these next couple of days, take a minute to notice the guy in the orange vest, the lady with the worship guides, and the teenager helping you find a seat. Stop to observe the people taking care of your kids, the tech crew manning the lights, and the worshipers leading you from the stage. The majority of those have given of their time freely, joyfully, graciously, so that your Christmas at DPAC experience would be a merry one. Let them know how grateful you are for them.

Hey vols: I love you. I love serving with you. Let’s do this.