How Deep Does Your Trust Go? 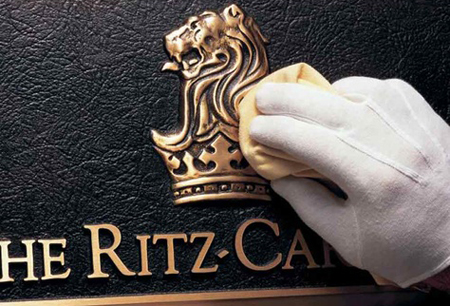 In a recent post, I talked about our staff’s desire to assume the best: that the people around us are smart and have good intentions. And that’s an outstanding mantra…one that belongs on one of those office motivational posters under a picture of a yoga student sitting in front of a waterfall.

But assuming the best mandates that you trust those around you, even those who aren’t tethered to your church by a title or a paycheck. And while it’s easy to say that we trust a volunteer, how far does that trust go?

Ritz-Carlton is the obvious go-to story here. They have an infamous policy where every employee is authorized to spend up to $2,000 to make a guest happy. Not $2,000 over the course of the fiscal year or the course of their career, but two grand per guest, per incident.

It doesn’t get used much, but it displays a deep trust in our staff’s judgment. Frankly, they could go over that amount, with the general manager’s permission.

The concept is to do something, to create an absolutely wonderful stay for a guest. Significantly, there is no assumption that it’s because there is a problem. It could be that someone finds out it’s a guest’s birthday, and the next thing you know there’s champagne and cake in the room. A lot of the stuff that crosses my desk is not that they overcame a problem but that they used their $2,000 to create an outstanding experience.

There are stories about hiring a carpenter to build a shoe tree for a guest; a laundry manager who couldn’t get the stain out of a dress after trying twice flying up from Puerto Rico to New York to return the dress personally; or when in Dubai a waiter overheard a gentleman musing with his wife, who was in a wheelchair, that it was a shame he couldn’t get her down to the beach. The waiter told maintenance, who passed word, and the next afternoon there was a wooden walkway down the beach to a tent that was set up for them to have dinner in. That’s not out of the ordinary, and the general manager didn’t know about it until it was built.

In the business world, putting $2,000 in the hands of a front-line employee takes guts. It means that you assume the best about their ability to make wise decisions with the authority you’ve given them. It means that you’re willing to lose money occasionally if it means honoring your guests and trusting your team.

What does that look like in your church? I can’t think of a single congregation that has a $2,000 per guest budget (nor am I advocating for that!). But how have you authorized your volunteers to do whatever it takes to care for a guest?

It’s risky. It can burn you. It might backfire. But maybe…just maybe…the trust of your team and the camaraderie that brings is worth it.